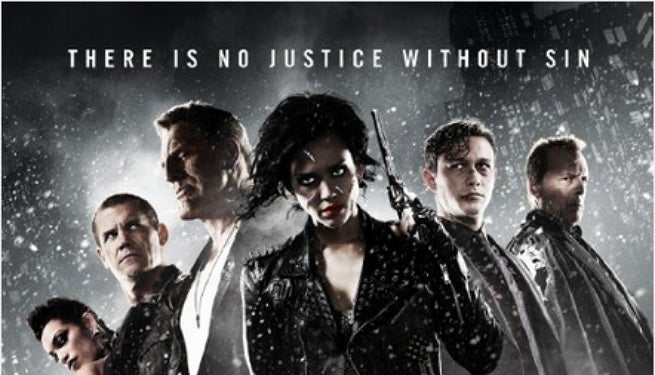 No movie this weekend is likely to make $25 million, including a trio of new releases including the comic book sequel Frank Miller's Sin City: A Dame to Kill For, according to projections from Box Office Mojo.

They expect the young adult adaptation If I Stay to top the box office this weekend with $21.5 million, followed by Sin City 2 at just $16.5 million.

Comparing the nine-year gap between Sin City movies to the seven-year break between Miller's 300 and 300: Rise of an Empire, the site notes that Rise of an Empire took 36% less on opening weekend than did the first 300, and that a similar drop would leave A Dame to Kill For with around $19 million.

None of last week's new releases, including The Expendables 3, will crack the top five. That film now looks like it will generate about half of the $85 million The Expendables 2 generated at the box office.

Arguably the most interesting thing is the expected staying power of Marvel's Guardians of the Galaxy, which they think will make more than $15 million this weekend to overtake Teenage Mutant Ninja Turtles and take the #3 spot. Of course, Guardians is expected to make barely a million less than Sin City and Turtles is projected to make just $300,000 less than Guardians so one good (or bad) night for any of the three could throw the weekend's numbers in any number of directions. Rounding out the top five, When the Game Stands Tall is expected to make less than $9 million, though, so barring something really significant happening, it seems likely that the top spot and the #5 spot are pretty safe.

Sin City: A Dame to Kill For Projected to Disappoint at Box Office While Guardians of the Galaxy Overtakes Ninja Turtles