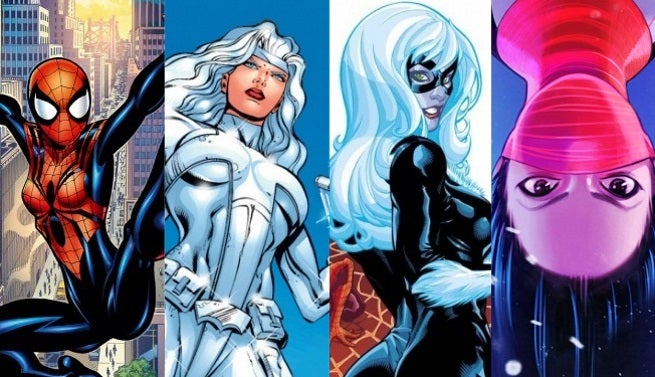 There seems to be no end to the rumors surrounding Sony's Spider-Man film franchise. One set of rumors says they're getting ready to expand into their own shared Spider-Man film universe, and another set says they're ready to share the character with Marvel Studios because they don't know how to make him work.

Here's what the site had to say about the project:

This seems like an odd plan for Sony. A film designed to bring all of the female Spider-Man characters together presumes that those characters already exist. With the exception of Felicia Hardy making an appearance in Amazing Spider-Man 2, and not as her Black Cat persona, those characters simply don't exist in Sony's film universe.

As the website goes on to point out, there aren't that many female Spider-Man characters that exist even in the comics. The site lists a few that were likely included in Sony's Spider-Man film rights package: Black Cat, Silver Sable, Silk, Spider-Girl. Black Cat is essentially Spider-Man's Catwoman, Silver Sable is a mercenary, Silk is a character created just months ago who was bitten by the same Spider that bit Peter Parker, and Spider-Girl is Peter's daughter from another universe. Besides all having varying degrees of connection to Spider-Man, these characters don't really have much shared history in the comics, making the idea of them coming together for a film sound fairly contrived.

The site also mentions Firestar and Spider-Woman as potential characters, though their film rights situations aren't clear. Arana and Spider-Gwen could also be candidates, though they are no better defined or connected than the other candidates.

Of course, as BadAss Digest mentions, the Spider-Verse event that Marvel is kicking off next week is set to show us every version of Spider-Man in the entire multiverse. This could potentially lead to the creation of female versions of other Spider-Man characters that Sony could then use in their film.

If this all sounds like a shaky idea to you, you're not the only one. BadAss Digest notes that, while this is an idea that Sony has been kicking around for a while, the studio seems a little aimless and confused about where to go with Spider-Man next, and so it's probably at least as likely to be added to the idea scrap heap as it is to see production.