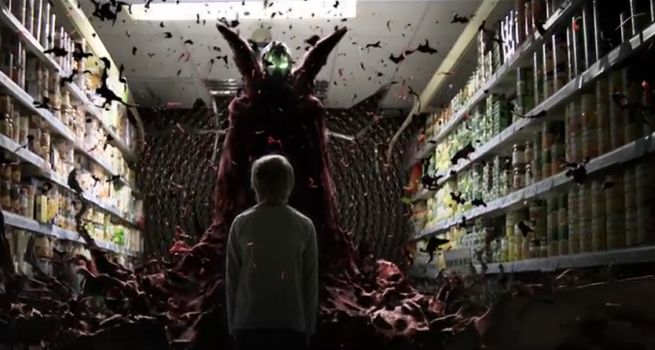 Director and writer Michael Paris sent Comicbook.com a link to his new fan film based on Todd McFarlane's character Spawn.

Spawn: The Recall is a 8 minutes length short film, which is inspired by the original comic book. It follows Spawn in an alternative storyline in which a mysterious woman struggles against evil forces. Here's the synopsis for the fan film.

Spawn: The Recall is the story of a former witch and her son, who try to live a normal life away from the darkness. While they're shopping in a supermarket, the child suddenly disappears. She starts looking for him, freaked out knowing evil forces are still lurking. A security guard comes to her help but while they are checking on the surveillance cameras, something happens. She can sense it, they are here...

French director and writer Michael Paris is a big fan of Spawn, who has followed the character since the comics began. Paris was able to shoot the film in only a couple days, but he notes post production was 2 years, as he added the special effects.