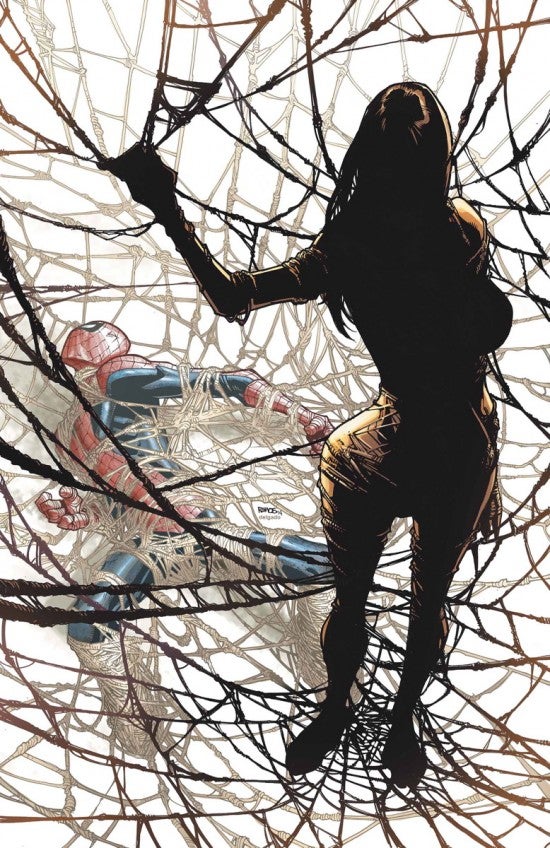 Marvel Comics announced at the Chicago Comics and Entertainment Expo (C2E2) this weekend that the big secret of Spider-Man's Original Sin tie-in is a tweak to his origin story: Back in Amazing Fantasy #15, apparently that spider bit somebody else before dying, granting the same powers that Peter Parker has had all these years to a second, as-yet-unnamed female. This July, Dan Slott and Humberto Ramos pluck that webbing once more to reveal the spider's last hurrah, and the secret of a woman called Silk. It all stands revealed in Amazing Spider-Man #4 and #5, a tie-in to Original Sin. "One thing we're exploring with Original Sin is the revelation that many heroes of the Marvel Universe are either keeping a terrible secret or that a terrible secret is being kept from them," Slott said. "That is the case with Peter Parker. There is a secret that's been kept from him, and the secret is that the spider that bit him lived just long enough to bite one other person. There's a second spider-person! Who is she? You're going to have to read Amazing Spider-Man #4 to find out." 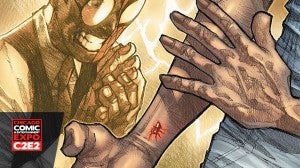 That Silk's figure has been obscured in promotional art suggests that, perhaps, it's somebody we've seen before. Could it be that someone else in Peter's class, or a supporting character fans have known along the way, might turn out to be Spider-Man's opposite number? "Much like holy books, the scriptures of comic books are rife with contradicting narratives" saidSlott, "This fits well in two of them. We've seen what happened to the spider after it died. It was eaten by somebody. This happened before that. This spider had a very complicated life. But I think it's fair to say that spiders bite people. After it bit Peter the idea of it biting one more person isn't such a big stretch. "This was a scenario where everyone went, 'What's the biggest secret our heroes could have tied to them?' When I offered up the idea that the spider bit another person, it wasn't a Bucky scenario. It wasn't everyone going, 'We should weight this carefully. We should think about the ramifications. We should ponder.' Instead it was everyone going, 'That's cool!' It probably hadn't come up before because—you're talking to the guy writing Learning to Crawl —you want to treat the origin story as sacrosanct. Over the years, people want to attach ballast to origins, to make whatever story they're telling in the present more 'important.' There is the danger of taking something as simple and beautiful and elegant as an origin story and adding too many wrinkles to it. I think we're safe on this one. Spiders bite people."

Spider-Man's Original Sin Story: Somebody Else Got Powers That Day