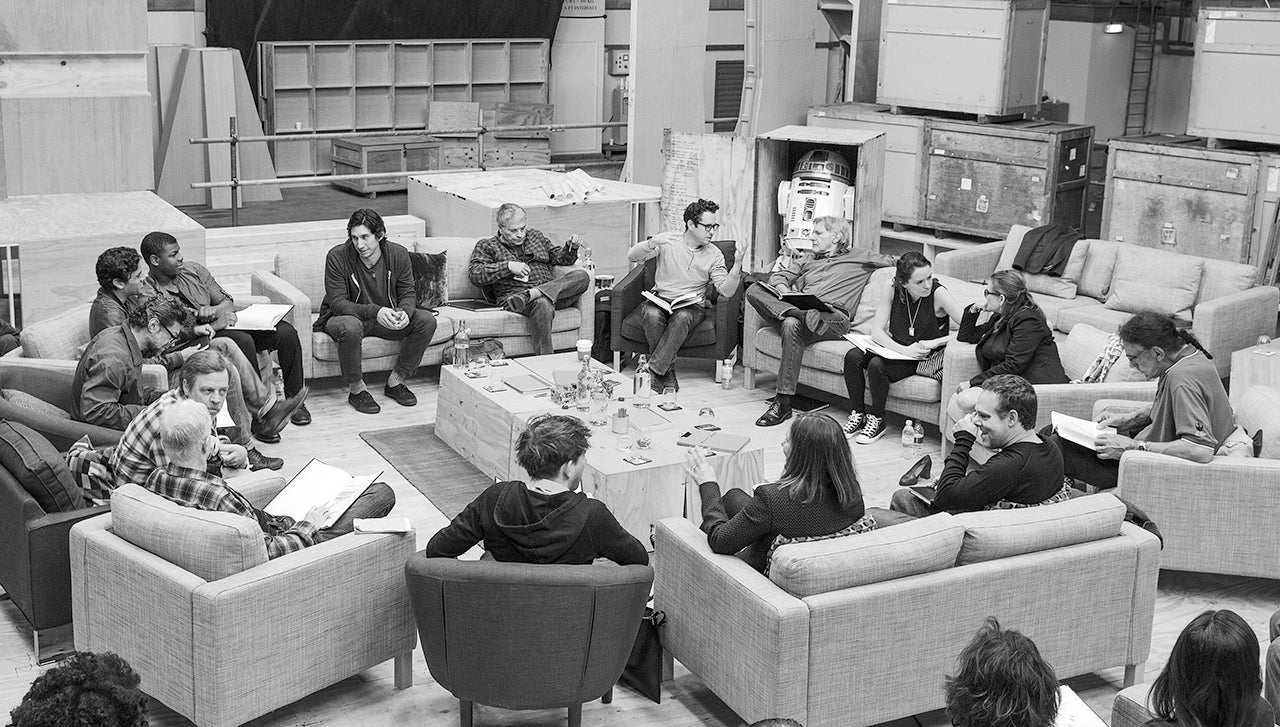 Throughout the original Star Wars trilogy, there wasn't much need for the Empire to seek out and destroy the Jedi. They'd done so already, quite effectively, before the events of Star Wars and until the death of the Emperor in Return of the Jedi there were only a very small number of surviving adherents to the Jedi ways.

Of course, thirty years later and after having taken down Vader and the Emperor, it's probably safe to assume that the popularity of the religion, which comes with its own set of powers and militaristic approach, will have grown and as such, the villains in the upcoming sequel apparently are reacting to that.

Making Star Wars reports, with a healthy dose of "don't blame us if this turns out to be wrong:"

The bad guys in Star Wars: Episode VII are being called "Jedi Hunters" by people working on and around the film. These are scary individuals, dressed in black, some helmeted, that hunt Jedi for the Empire.

Sound vaguely like some of what we're hearing about Star Wars: Rebels? Yeah, the site thought so, too, and followed up:

When I first heard about the "Jedi Hunters," I thought it sounded neat. Then I heard it again and again. So I started to really take it seriously in the last few days. Where there's smoke, there's often fire. It occurred to me these sound exactly like the Inquisitor in Star Wars Rebels. The original person to bring up "Jedi Hunters" had no idea what Star Wars Rebels was all about. I filled this person in and they said it sounded exactly like what they're filming for Star Wars: Episode VII.