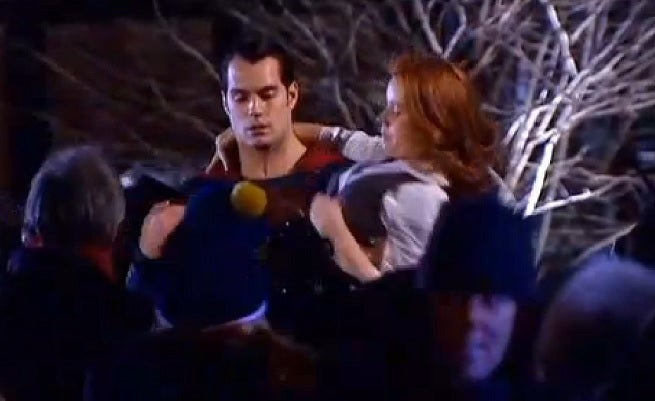 Superman and Lois Lane are appearing onscreen together in some new footage taken by My Fox Chicago.

Traffic in the area has been tied up for what appears to be a fairly major action scene taking place in Metropolis; we've seen a Daily Planet set, as well as dressing rooms marked for "Bruce," "Lois" and "Kahina," presumably one of Aquaman's undersea Others. A bunch of fans have posted photos of Superman to social media.

You can see Fox 32's clip embedded below.

There are some closures and other notes for people actually in Chicago in the story as well:

On Monday, helicopters will be filming near Navy Pier and various areas along the lakefront, but no street closures are expected, the city said.