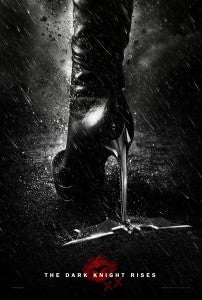 took in a higher-than-estimated $36.4 million this weekend, easily passing the $350 million mark at the domestic box office and setting the stage to likely become the second-highest grossing film of the year next weekend. The film was the third-fastest to cross the $350 million threshold, behind Marvel's The Avengers and its own predecessor, The Dark Knight. Christopher Nolan's third and final Batman film needs only $52 million in order to surpass The Hunger Games as 2012's next-best thing, aside from The Avengers' seemingly insurmountable $600 million-plus domestic haul. It will most likely take a hit next weekend, as it opens against The Bourne Legacy (starring The Avengers' Jeremy Renner), but anything is possible; fans certainly thought that Total Recall had the potential to open at #1 this week, and box office prognosticators were saying the same until late Friday night, when lower-than-expected numbers started to come in on the remake of the Arnold Schwarzenegger sci-fi cult classic. The Bourne Legacy was originally intended to open this weekend as well, but gargantuan tracking numbers for The Dark Knight Rises and a depressed turnout as a result of The Olympics (theater grosses are down around 25% from this weekend last year) spooked the studio, which will open the Matt Damon-less sequel on Friday instead. Total Recall made only $26 million, and the third-place Diary of a Wimpy Kid 3: Dog Days took in a $14.7 million haul, according to Box Office Mojo. The site is run by IMDb, whose Managing Editor Keith Simanton has a regular column with us on the first Monday of every month. Look for his thoughts on Total Recall and more tomorrow. Rounding out the top five were Ice Age: Continental Drift, with $8.4 million; and The Watch, last week's disappointing alien-inevasion comedy, which dropped more than 50% to make $6.35 million in its second weekend of release.