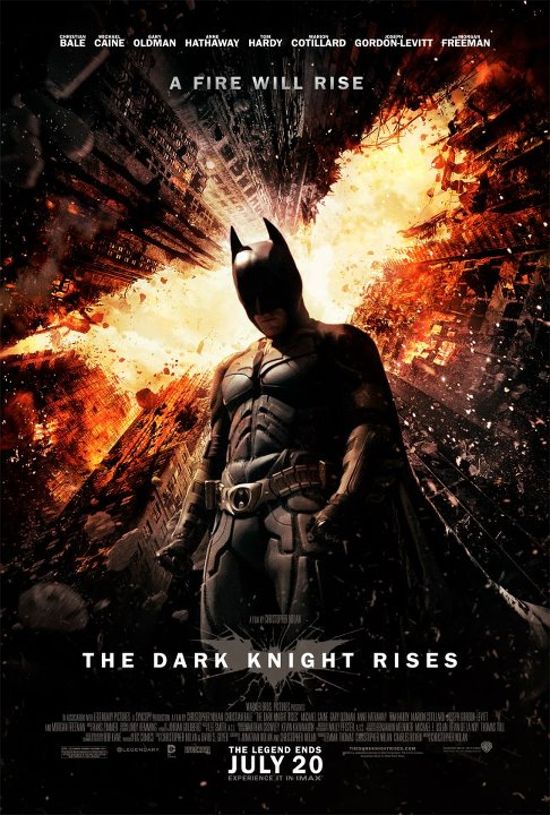 In the first two Dark Knight Rises posters, the color scheme consisted primarily of black, gray, and white. Now, Warner Bros. has released a brand new Dark Knight Rises poster that adds just a dash of color. The third and perhaps final Dark Knight Rises poster shows Batman against a familiar backdrop. The backdrop is the same scene of falling buildings as was shown in the very first poster, except with fire added. Instead of being open air with clouds showing, the bat symbol visible between the buildings is now red, orange, and yellow flames. The third Dark Knight Rises poster also features the text, "A fire will rise." It's interesting that the backdrop was re-used from the first poster instead of giving fans something completely different, like was done with the second poster that featured Bane walking away from a shattered Batman mask. Christopher Nolan is notoriously secretive when it comes to spoilers for his movies, so it's possible Warner Bros. is very limited in what they can show as to not give any additional details away about the movie. The Dark Knight Rises is scheduled to be released in theaters in the United States on July 20, 2012.

The Dark Knight Rises Poster Gets Some Color