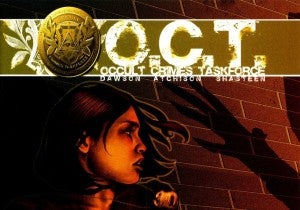 In the last twenty-four hours, both Duncan Rouleau's The Great Unknown and Rosario Dawson's O.C.T. are set for the Hollywood treatment, according to separate stories in The Hollywood Reporter. Dawson, who co-wrote and co-owns O.C.T. with David Atchison and Tony Shasteen, follows the exploits of the New York Police Department's Occult Crimes Taskforce, not entirely unlike other comics-turned-movies like Hellboy or Dylan Dog. After a failed movie pitch last year, Dawson has hooked up with Gale Anne Hurd, one of the producers on AMC's The Walking Dead, to bring the title to A&E as a potential starring vehicle for Dawson. The physical resemblance between Dawson and lead character Sophia Ortiz led many to believe that the series was being written and drawn almost exclusively as a pitch to Hollywood a la Rashida Jones' Frenemy of the State. 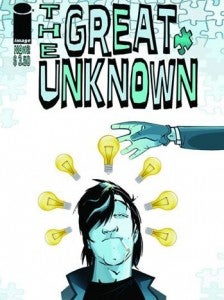 Meanwhile, director Jorma Taccone, best known for MacGruber and director of a number of digital shorts for Saturday Night Live, will direct The Great Unknown, described by THR as an action-comedy, from a script written by relative newcomer Michael Starrbury. The story itself revolves around a slacker who believes that his best ideas are somehow being stolen out of his head by powers beyond his control. When the people around him are understandably skeptical, he sets out to prove them wrong. Rouleau, who wrote and drew the comic it's based on, has some experience with Hollywood as part of Man of Action Studios, who work on such animated television fare as Ultimate Spider-Man and Ben 10.