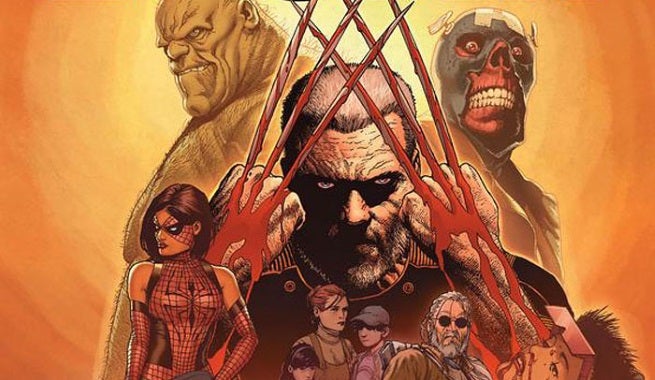 A rumor reported by Umberto "El Mayimbe" Gonzales on an episode of the "Marvel Movie News" video cast suggests that Hugh Jackman's final Wolverine movie will be based on the "Old Man Logan" storyline.

"Old Man Logan" is a storyline from artist Steve McNiven and writer Mark Millar that ran from 2008-2009 in the pages of the Wolverine ongoing series. The story was set in a future gone dystopian after the supervillains of the Marvel Universe banded together and eliminated all of the world's superheroes in one fell swoop.

If the rumor is true, the film would have to be based on the comics in a pretty loose sense. Wolverine and Emma Frost are the only X-Men characters in the story. The rest of the story's cast is made up of Marvel Studios controlled characters like the Hulk, Hawkeye, Mysterio and the Red Skull. Mysterio could easily enough be replaced by Mastermind or another psychic mutant to at least give the movie the same setup, but adapting the rest of the story would require some serious rewriting. Of course, Millar consults for Fox on their Marvel movies, so he may be able to help them do just that.

The third Wolverine movie is scheduled for theatrical release on March 3, 2017.

Wolverine 3 Rumored To Be Based On Old Man Logan