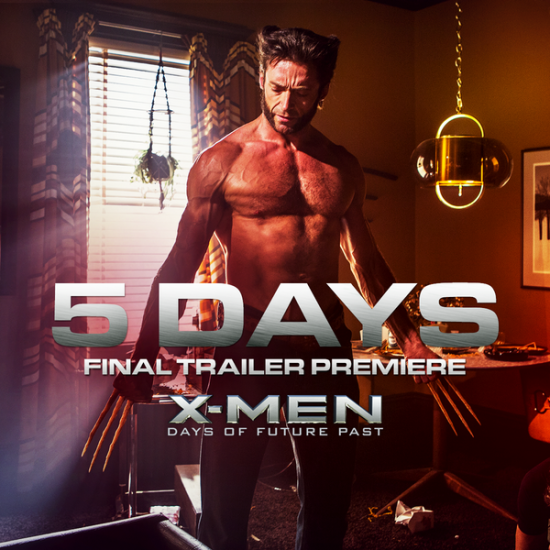 Twentieth Century Fox has announced that the final trailer for X-Men: Days of Future Past will be released on April 15. This will be the third major trailer for the film. The first was released in October and was mostly a montage of action footage. The second, and much better received, trailer came just a couple of weeks ago. The trailer showed more footage but hinted, much more cohesively, at what the newest X-Men film would be about. We'll see what the final trailer has in store. The ultimate X-Men ensemble fights a war for the survival of the species across two time periods in X-Men: Days of Future Past. The characters from the original X-Men film trilogy join forces with their younger selves from X-Men: First Class in an epic battle that must change the past - to save our future. X-Men: Days of Future Past comes to theaters May 23.

X-Men: Days Of Future Past Final Trailer Premiering On April 15