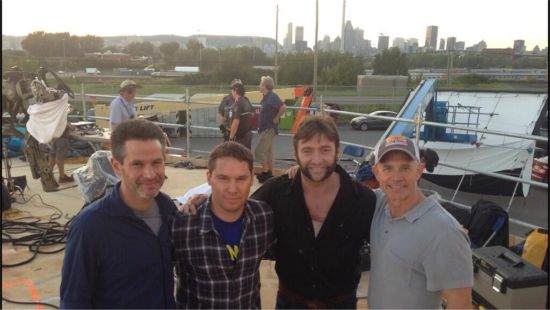 A couple days ago X-Men: Days Of Future Past director Bryan Singer let it be known that things were wrapping up on the filming side of the latest X-Men movie. During production, Singer kept things interesting for fans by constantly tweeting behind-the-scenes photo. Sadly, Singer has now tweeted his last photo from the set of X-Men: Days Of Future Past. (Hopefully, he will continue to share photos and other teases as he moves into post-production.) Late yesterday, Singer tweeted the photo above, along with the message, "Just wrapped! Eternal thx 2 our amazing Montreal crew! C u at the party @RealHughJackman #SimonKinberg #HutchParker" X-Men: Days Of Future Past stars James McAvoy, Michael Fassbender, Patrick Stewart, Ian McKellen, Hugh Jackman, Jennifer Lawrence, Nicholas Hoult, Ellen Page, Halle Berry, Peter Dinklage, Anna Paquin and Shawn Ashmore. X-Men: Days Of Future Past is scheduled to be released in movie theaters on May 23, 2014.