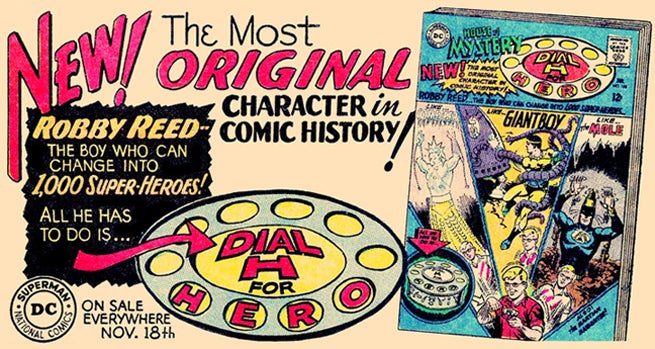 Forget Dialing H, these days we hashtag. That's what #4Hero wants to show you, anyway, with a new comedic live-action take on DC Comics' Dial H for Hero property. The series, which will air on Machinima as part of their ongoing partnership with DC Entertainment, will feature a new Hero named Nellie Tribble. The series was announced as part of the Heroes Rise event in New York, a digital upfront event.

The young girl stumbles upon a smartphone app that allows her to become a super hero, but there's a catch: her superpowers in this version are all tied to what's trending on social media at the time, and only "Semi-useful."

In a video that introduces the concept, and parodies Apple commercials, Nellie is holding her iPhone, and shows off her instagram account, with shots of her with a shark for a left arm that allowed her to foil a bank robbery. With her Shark-arm.

Shiney Secret HQ is the villainous organization that created the app and wants it back from her, looming as a threat in the background. The trailer got laughs from the assembled press and ad executives in the audience. As for the debut of #4Hero, they only said "coming soon."