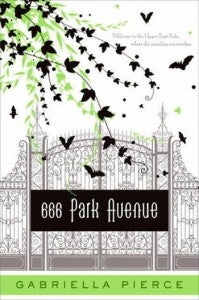 While Lost might be gone from the network airwaves, the stars of Lost continue to live on with new TV projects. Lost alum Terry O'Quinn will be returning with a brand new series on ABC called 666 Park Avenue, which is based on a book with the same name by Gabriella Pierce. ABC has officially announced that the one hour drama has been picked up for the 2012-2013 TV season. Here is an show description from ABC, "If you could make one wish, what would it be? And what would you do to get it? At 666 Park Avenue, all of your dreams and burning desires can come true: wealth, sex, love, power, even revenge. But just be careful what you wish for, because the price you pay... could be your soul. Welcome to The Drake, the premiere apartment building on Manhattan's Upper East Side. Owned by the mysterious Gavin Doran (Terry O'Quinn - Lost) and his sexy wife Olivia (Vanessa Williams - Desperate Housewives), The Drake is home to dozens of residents who are unaware they're living in the dark embrace of supernatural forces. They think their dreams are all coming true, only to find they've been lured into making, what feels like, a deal with the Devil. When a young Mid-western couple - Jane Van Veen (Rachael Taylor - Charlie's Angels, Grey's Anatomy) and Henry Martin (Dave Annable - Brothers & Sisters) - is hired to manage The Drake, they soon discover that evil, obsession, and manipulation has a home." There is no word yet on a premiere date or time slot for 666 Park Avenue, but the series is from Alloy Entertainment, which is the company behind Gossip Girl, The Vampire Diaries, and Pretty Little Liars. Executive producers on the show are David Wilcox, Leslie Morgenstein and Gina Girolamo.