The nineties are stronger than ever over at Marvel comics, with the return of another character that helped epitomize the era of foiled covers, variants, and pouch bags.

In today's Spider-Man 2099 #7, The Punisher of year 2099 returns to deliver his excessive brand of justice to the Marvel Universe. Appearing in Miguel O'Hara's far-flung future, it's still unclear if Punisher 2099 is merely passing through, or will hold a larger presence in series. Seeing as how Jake Gallows, Punisher 2099's alter ego, died during the 2009 miniseries Timestorm, it's also unclear if this a brand-new Punisher 2099, or a successor to the mantle. 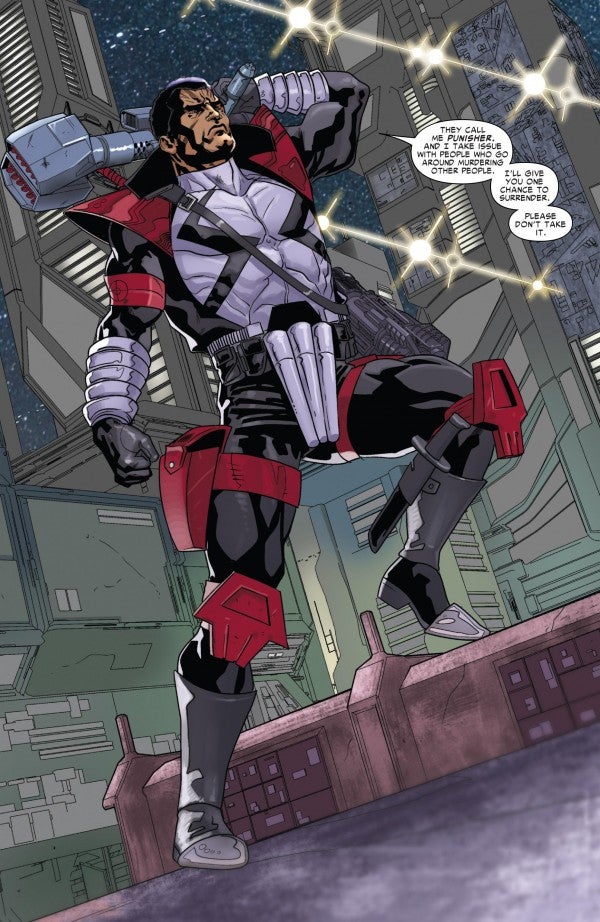 With the exception of his brief (and closing) adventure in Timestorm, today's appearance marks Punisher 2099's first major showing since the nineties.

Written by Peter David and illustrated by Will Sliny, Spider-Man 2099 #7 is on sale now.