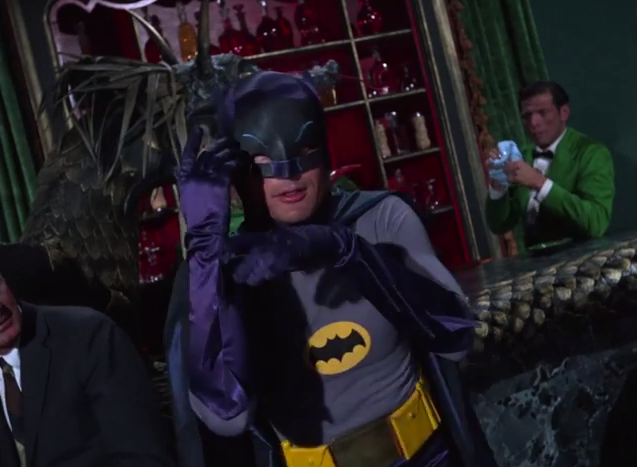 Out of the 120 episodes he filmed as the Caped Crusader in ABC's Batman, Adam West has a clear and distinct favorite. And really, it should surprise no one.

Reminiscing on the 1960s Batman series that brought him to stardom, West revealed that his favorite episode is the series pilot. Serving as the first introduction into the Dark Knight's groovy new world, the episode also birthed the popular culture phenomenon known as The Batusi—West's signature dance while wearing the batsuit. The dance would come to characterize the series' emphasis on camp and tongue-in-cheek humor. The episode also featured Frank Gorshin as the Riddler, along with series regulars Burt Ward, Alan Napier, and more.

"We were setting the tone, and we were all getting married to the same concept and ambitions for the show," West said. "And of course, I got a chance to introduce the new world dance craze, the Batusi."

You can check out West's full discussion of the episode below, which is part of the featurettes offered in the upcoming Batman '66 Blu Ray and DVD box set.