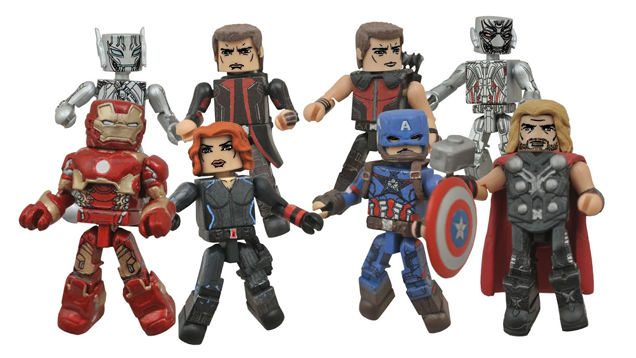 The Avengers may look larger than life when they hit the big screen in this spring's Avengers: Age of Ultron, but you can still fit them in your front pocket if you really want to.

That's because Minimates have revealed their line of figures for the upcoming Avengers sequel, which will include 10 different figures (for now). Shipping in packs of two, Minimates will pair Iron Man with Black Widow, Captain America with Thor, "Sub-Ultron" with Hawkeye in his new costume, and full-blown Ultron with a sleeveless Ultron.

While Hawkeye and Ultron are doubling down for most retailers, they will be absent from Toys R Us' exclusive line. Instead, Toy R Us will feature a Scarlet Witch and Quicksilver two-pack. And keeping in vogue with all other official Age of Ultron promotions thus far, a Vision minimate was not revealed. No surprise there. 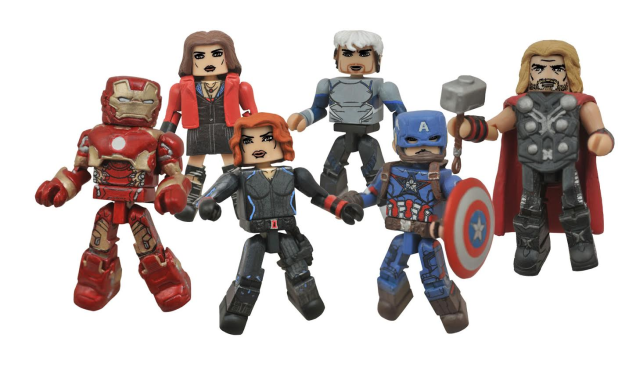 The Minimates hit shelves this spring for $10 a pack. Avengers: Age of Ultron hits theaters on May 1st.