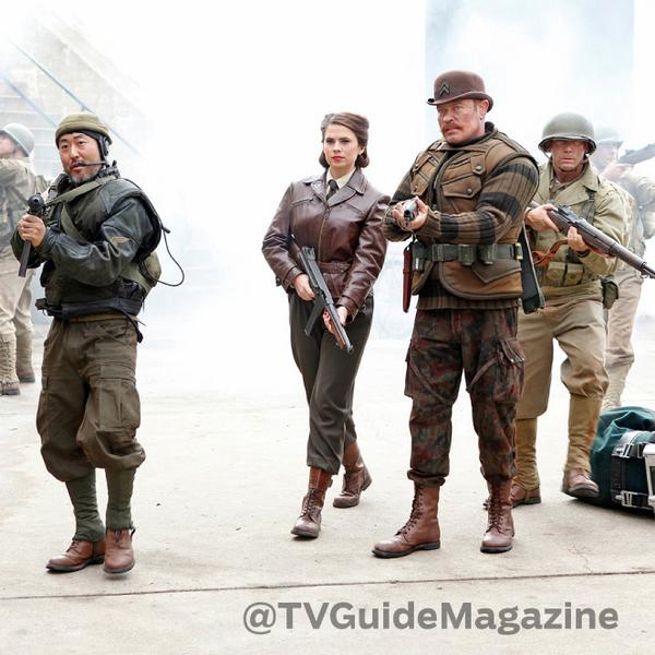 Earlier this week it was revealed that Hayley Atwell would guest star as Peggy Carter on the premiere episode of Agents of S.H.I.E.L.D. Season 2. However, it was not entirely clear if the appearance would be a flashback or not.

Now, TV Guide has official word that here appearance will be a 1940s-era flashback, along with the first official look at Atwell as Agent Carter in the episode. Atwell is joined in the flashback by Kenneth Choi as Jim Morita and Neal McDonough as Dum Dum Dugan. It has not been confirmed whether or not Choi and McDonough are part of the Agent Carter series as well.

Agents of S.H.I.E.L.D. executive producer Jed Whedon is quoted as saying, "Coulson is a big student of history and wants to return to those old ideals of Agent Carter's time. He's, like, 'Let's be the S.H.I.E.L.D. we were meant to be!' He wants to do the job right this time."