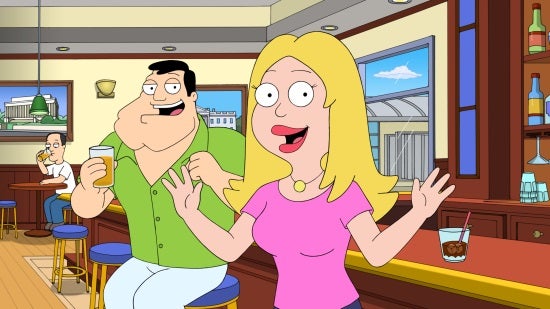 In “Introducing the Naughty Stewardess,” Roger forges a radical plan to help Steve date the hot girl at school (guest Voice Ellie Kemper). Roger will switch faces with Steve “Face/Off”-style, seduce her, then tag Steve back in after she’s fallen for him.  But, Roger soon decides he may actually want to keep her for himself. Meanwhile, Stan and Francine become “Charlie’s Angels”-type airline stewardesses to thwart an evil plan by Mark Cuban (guest-voicing as himself) to blow up the sun.