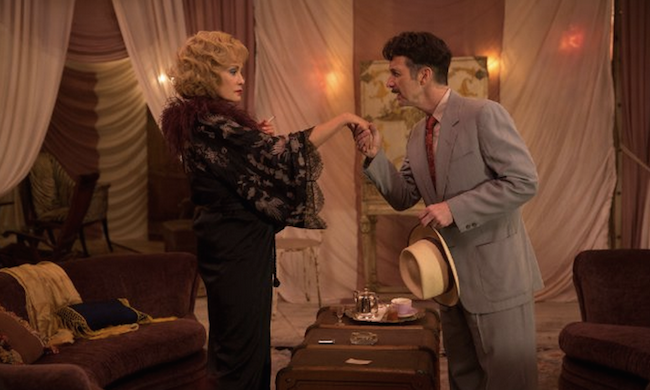 "Pink Cupcakes," the fifth episode of American Horror Story: Freak Show, opens at the American Morbidity Museum's on their Night of Discovery, showcasing their newest exhibition: Paul the Illustrated Seal's dead body, preserved in a tank. Esmerelda (Emma Roberts) and "Mr. Spencer" (Denis O'Hare) linger in the crowd, unrecognized for their efforts.

At Dandy's house, Gloria (Frances Conroy) finds Dora's dead body, still on the ground from when Dandy (Finn Wittrock) slit her throat. He pretends for a second that someone must have broke in and killed her, but Gloria immediately knows it was him. He fakes a moment of regret and walks away, grinning as always.

Next, Mr. Spencer visits Elsa (Jessica Lange) in her tent and talks Hollywood, claiming to work for WBN: the Worldwide Broadcasting Network. She responds that she'd rather be boiled in oil than appear on the lowly medium of television, calling it the death of art, even when offered her own hour-long program.

Jimmy (Evan Peters) rehearses his act outside, trying to combat the stage fright of the first full house they've had in years, when Esmerelda appears behind him. She reads his palm, proclaiming that a "shadow of a man" is coming soon, who should not be trusted. She advises that he should leave town and even compliments him. When Jimmy leans in for a kiss, she pulls away.

As the show is about to start, Dell is nowhere to be found. Jimmy heads to Dell's tent to find Desiree (Angela Bassett) drinking alone. They commiserate together, she telling him that Dell is a good man who made her feel good about herself, and Jimmy telling her that he blames himself for Meep's death. Jimmy begins to cry, and when she consoles him, Jimmy goes in for another kiss. This time, he isn't turned down, but as they are about to have sex, he finds that she's bleeding heavily. 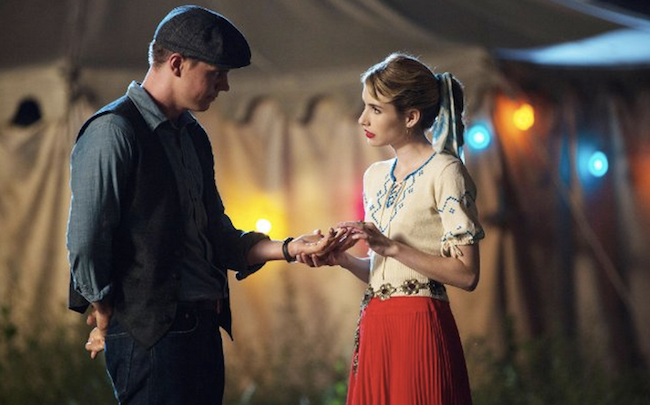 He helps her limp out of the tent to Ethel (Kathy Bates) who offers to take care of her, while Jimmy returns to the show. He introduces the next act, Elsa's song. The audience first responds blankly, before they slowly start talking over her. Soon they begin to laugh, then they heckle, and then they even throw things at her, until Jimmy pulls her away. Back at her tent, Elsa asks Mr. Spencer to tell her more about television.

Ethel takes Desiree to her trusted doctor, but Desiree is still terrified. She's never been to a doctor before, let alone seen a medical professional about her downstairs region. After examining her, the doctor explains that her body had an excess of testosterone, causing it to produce more estrogen to balance it out – leading to her extra lady part. He also says that the bleeding was the result of a miscarriage at 12-weeks. Though she's able to get pregnant again, he advises that she do it soon.

Meanwhile, Gloria has her men dig a deep grave for "special bulbs from Holland," where they bury Dora. She explains to Dandy that he has the same mental aversion that his father had, and that such illnesses are an "affliction of the affluent" due to inbreeding. Dandy begs her to let him pursue his dream of acting, but she says no.

In her tent, Elsa puts David Bowie's "Fame" on the record player, does her makeup, and gets her nails did for some publicity photos for her new TV show. But when she trots outside in her luxurious dress, she just finds Mr. Spencer driving away with Dot and Bette in the backseat.

The episode immediately flashes forward to their severed, preserved heads, presented to the curator at the American Morbidity Museum. Back in the present time, Mr. Spencer offers Bette and Dot poisoned cupcakes with pretty pink frosting. Bette takes a bite, eventually causing her to die, but since Dot refuses to eat the treat, he smothers her to death.

Dandy – at home in his underpants – is working out, oiling his chest, and practicing facial expressions in the mirror. His thoughts narrate the scene, in which he explains that his body "is America – strong, violent, and full of innocent potential." He felt nothing when Dora died, and he thinks that Twisty was put on Earth to introduce him to murder, which he'll be getting back to soon. His next destination is a gay club. 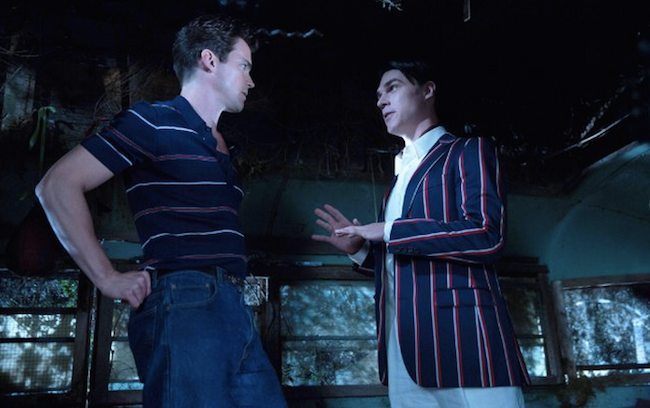 Dell sits at a small table with Andy (Matt Bomer), a prostitute who works there. The strongman is very possessive of Andy, whom he says that he loves. Dell offers to buy Andy an apartment to live in until the day that he has the courage to leave Desiree. When Andy explains that chatting with Dell is basically just part of his job, Dell storms away. Dandy walks up to the table in his place, prompting Andy to list his prices to the newcomer.

Dandy takes Andy to Twisty's abandoned trailer, proposing that they stand back to back, take off their clothes, and then turn around at the same time. Of course, when they do, Dandy starts stabbing Andy, while wearing the Twisty mask. He stabs him over and over again, failing to kill him quickly. When he thinks he's dead, he cuts off one of Andy's feet and dissolves it in acid. Andy, who still hasn't died, begs Dandy to kill him. Dandy begins to saw off Andy's arm in response.

When Dell returns to Desiree, she tells him that she can have children, but she also says that Ethel admitted to her that Jimmy is his son. She packs her things, furious at Dell, and leaves the tent to move into Ethel's caravan. Later, Dell visits the doctor who's offered to operate on Desiree. He breaks the mans fingers and threatens his entire family, unless the doctor retires and never sees Desiree again.

Gloria gets a call from Regina (Gabourey Sidibe), Dora's daughter who's at secretary school and who doesn't understand why her mother didn't report for their weekly phone call. Gloria says Dora is very busy and might not be able to call for a while, and then she asks Regina what she remembers of Gloria's mothering skills from when Regina and Dandy used to play as children. Regina only recalls the nannies, and when Gloria begins to cry, Regina hangs up.

Gloria turns around after the phone call to find Dandy, still in his underpants, covered in blood.

All the while, Elsa has been encouraging Dot and Bette to take up their television opportunity. Mr. Spencer apparently did not kill them; it's unclear as to whether the cupcake scenes were just thoughts or a flash forward. Dot is skeptical of Elsa's motivations, but Bette is just excited about their new clothes. Elsa takes them on a drive in the morning, to Gloria's house.

Gloria answers the door, and Elsa greets her, saying "I have brought you something I believe you want."