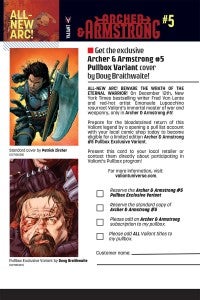 Valiant Entertainment has released a five-page preview of the forthcoming Archer & Armstrong #5, which features the first appearance of The Eternal Warrior in the newly-relaunched Valiant Universe.

The issue, on sale in December, will be written by regular series writer Fred Van Lente and drawn by guest artist Emanuela Lupacchino, as Van Lente mentioned in our recent discussion of this month's Archer & Armstrong #3.

Check out the preview text and images below!

First came Ninjak… Now prepare for the debut of Valiant's next superstar hero — the  undying Eternal Warrior! Valiant is proud to present an advance preview of Archer & Armstrong #5 by New York Times best-selling author Fred Van Lente (Amazing Spider-Man) and artist Emanuela Lupacchino (X-Factor) — the FIRST ISSUE of "Wrath of the Eternal Warrior" and an all-new jumping on point for the series Comic Book Resources calls "refreshingly unpredictable"!
No one in the Valiant Universe is more dangerous or more experienced in the art of war than the Eternal Warrior. After thousands of years on the battlefield, he’s a master of strategy and weaponry, an unrelenting force of nature capable of dismantling entire armies with little effort and less conscience. His brother Armstrong, on the other hand, likes to read poetry and drink beer. Maybe that’s why they had such a bad falling out? But now — after years apart — the Eternal Warrior has a new mission: destroy young Obadiah Archer, Armstrong’s best-est new buddy and teammate in the war against The Sect. And, like it or not, Valiant’s history-smashing adventure duo will soon feel the brunt of the Eternal Warrior’s fist and steel.
The manhunt begins on December 12th as two immortal brothers go to war for the life of Obadiah Archer, only in Archer & Armstrong #5 - featuring a cover by superstar artist Patrick Zircher and interlocking incentive variants by Emanuela Lupacchino! And, comic shop subscribers, don't forget to reserve your Archer & Armstrong #5 Pullbox Exclusive Variant today — featuring a limited edition cover by Doug Braithwaite! Valiant will be maintaining a strict no overprint policy on all upcoming Pullbox Exclusive Variants, so pre-order now!
ARCHER & ARMSTRONG #5 - ON SALE DECEMBER 12th!
Written by FRED VAN LENTE
Art by EMANUELA LUPACCHINO
Cover by PATRICK ZIRCHER (OCT121228)
Pullbox Exclusive Variant by DOUG BRAITHWAITE (OCT121229)
Interlocking Variants by EMANUELA LUPACCHINO (OCT121230/OCT121231)
$3.99/Rated T+/32 pgs. 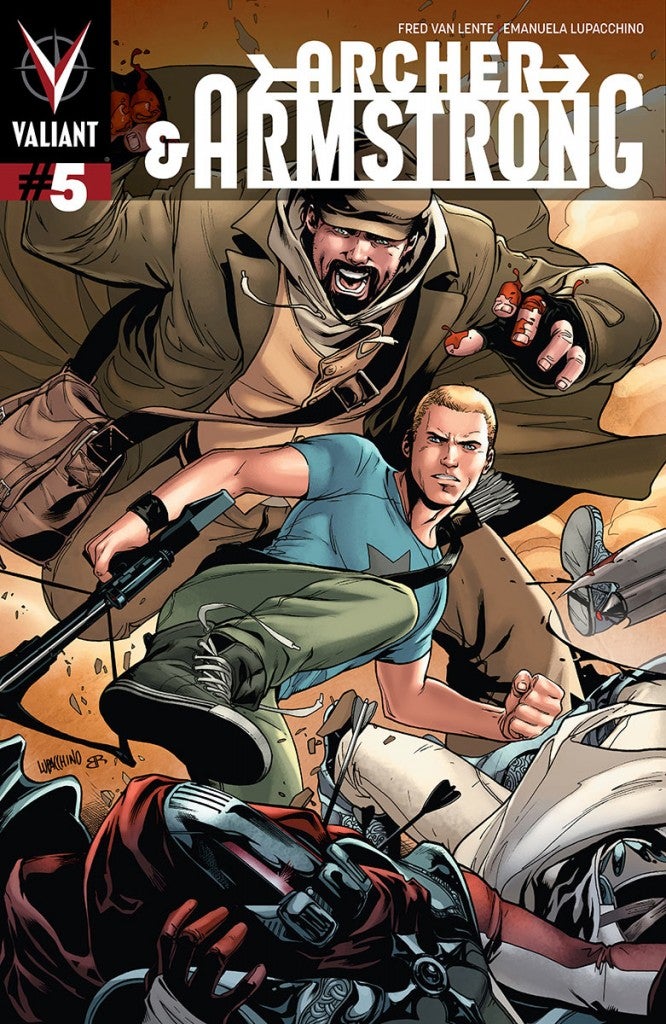 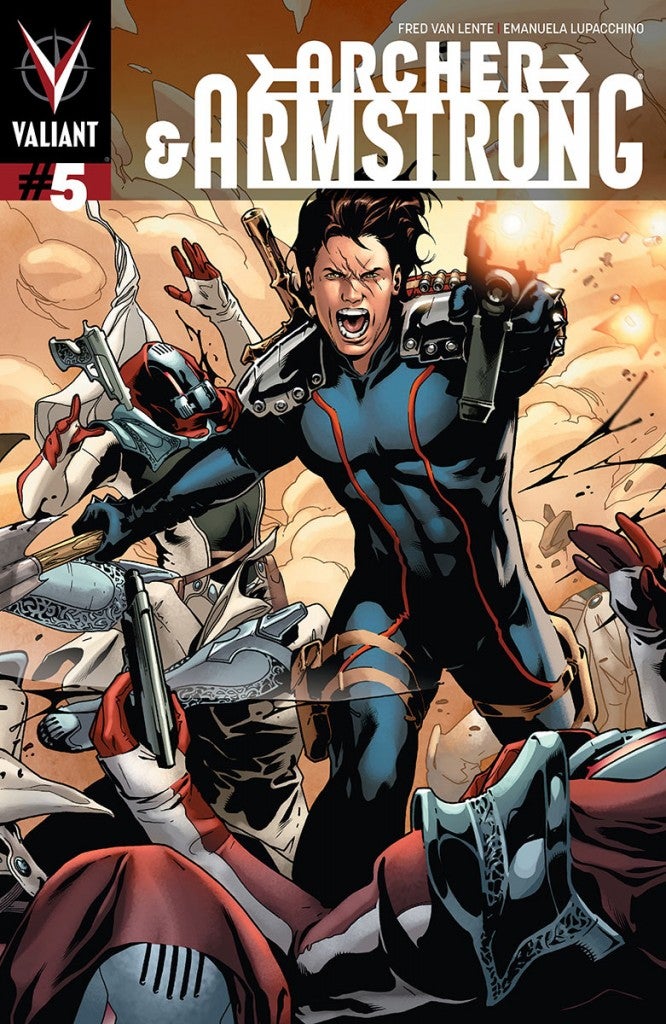 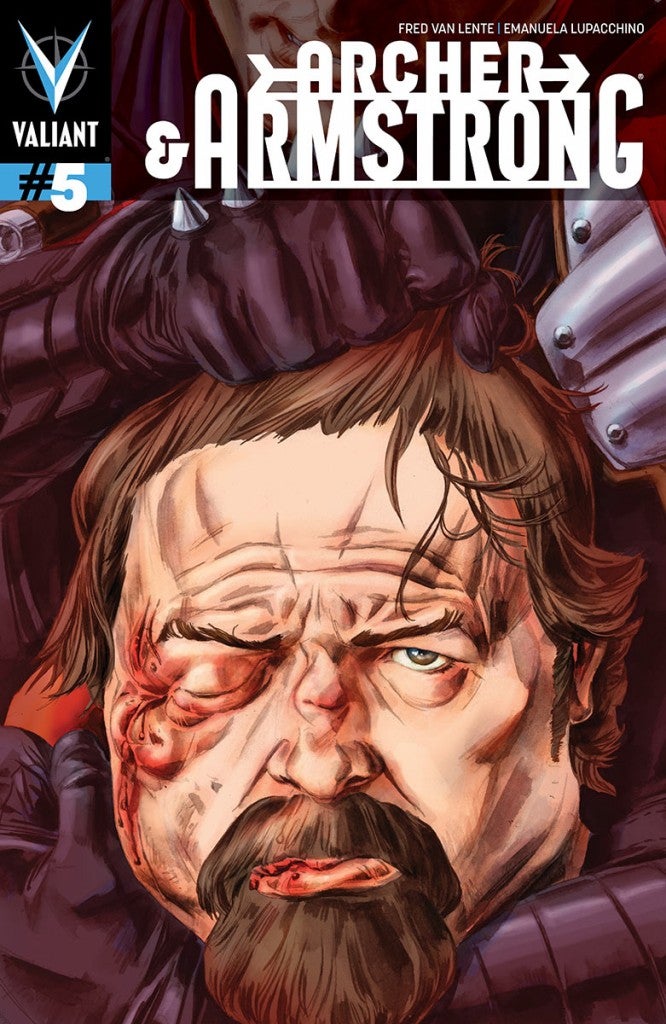 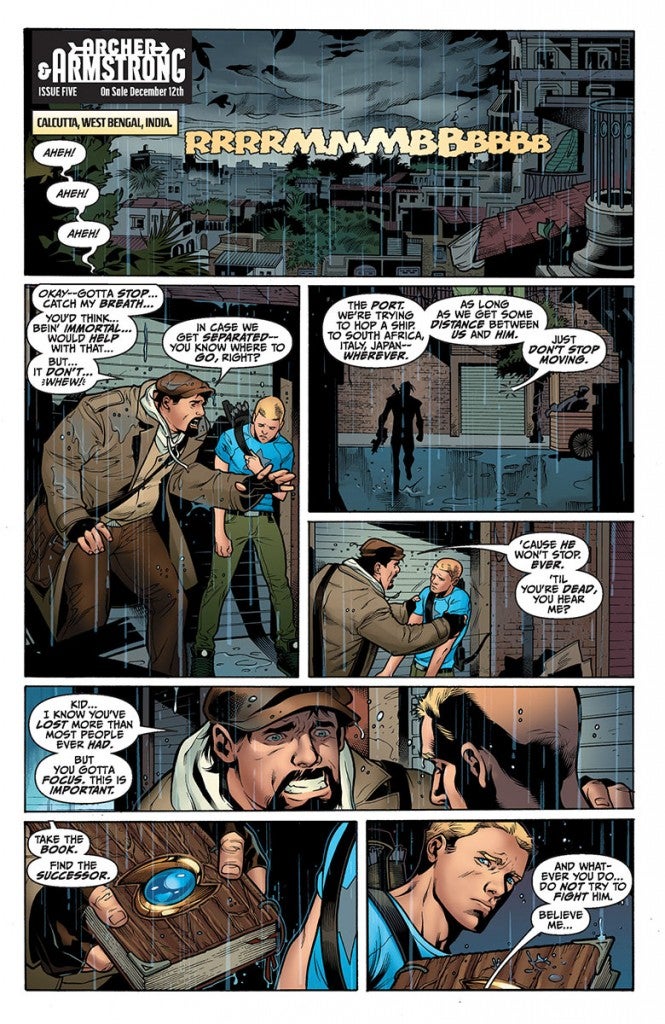 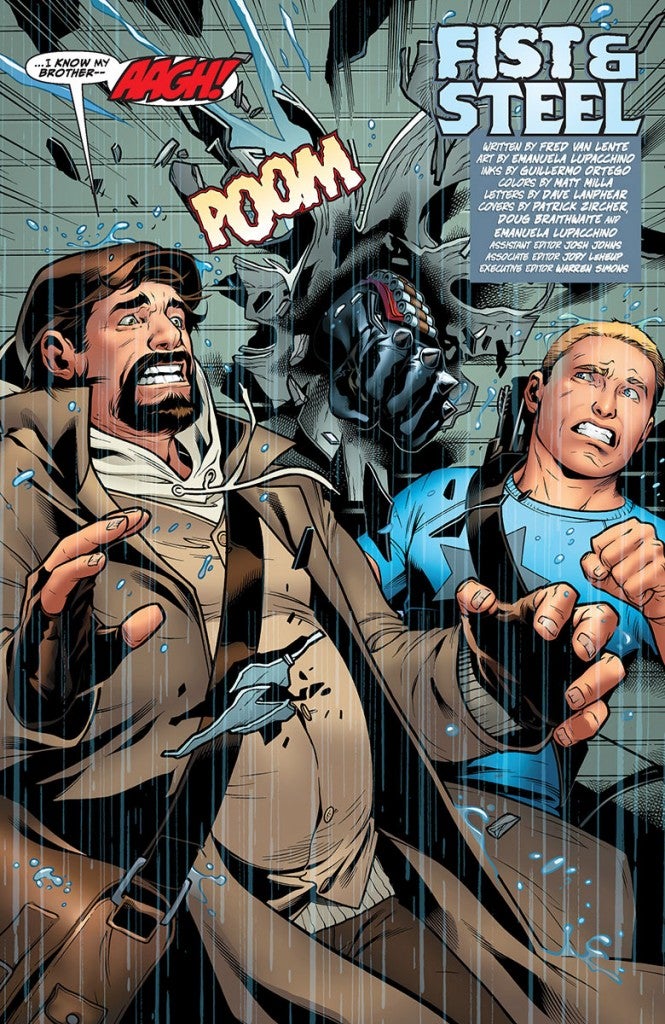 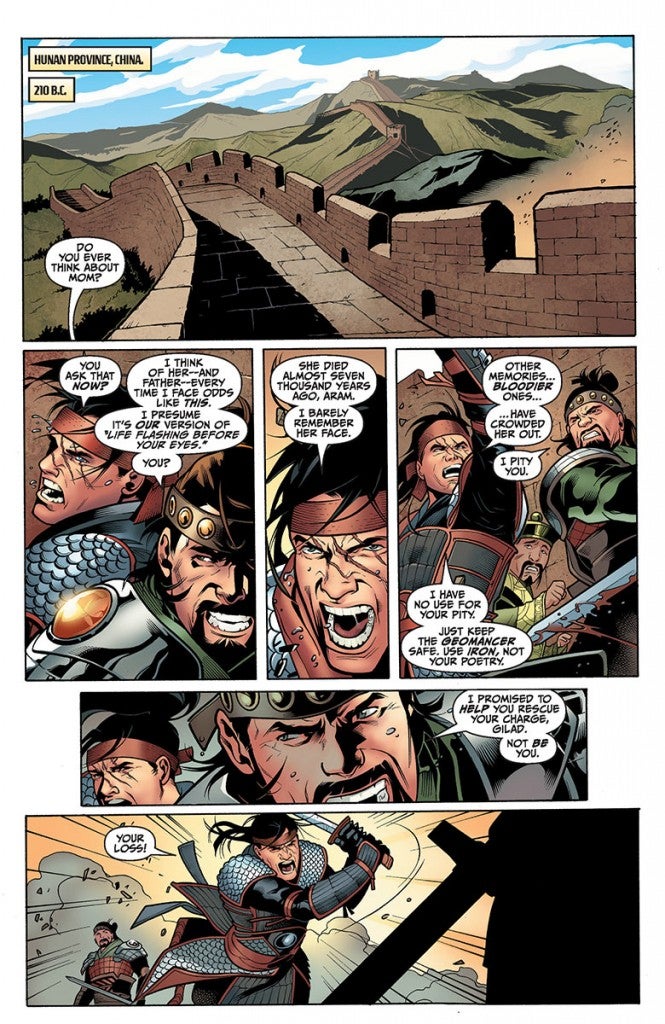 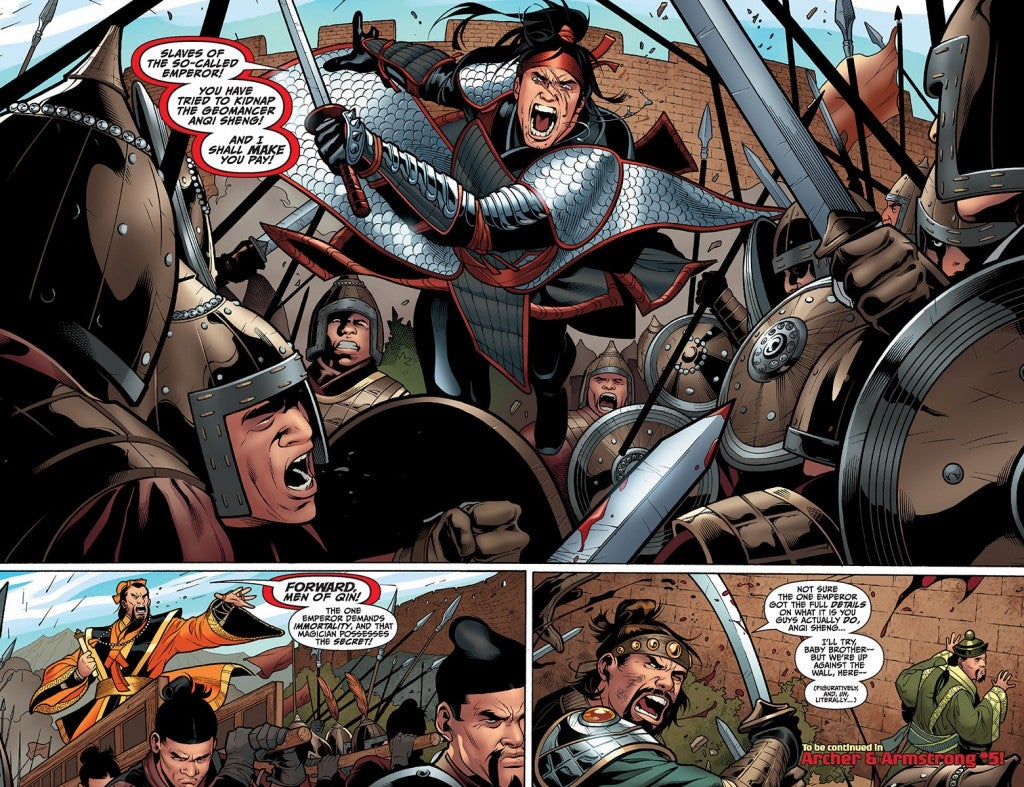