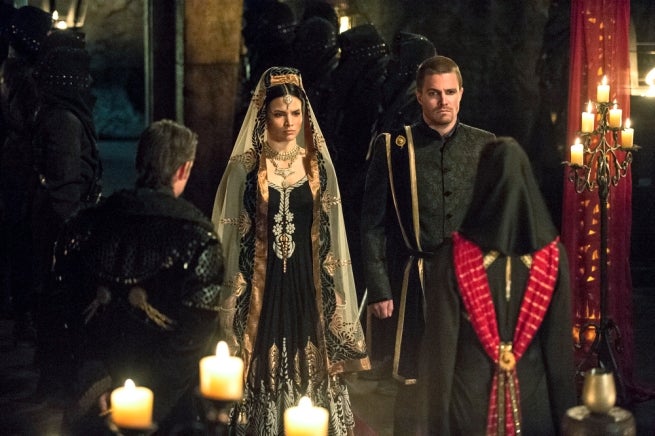 The CW has released the first images from the wedding of Oliver Queen/Al Sah-Him and Nyssa from the next episode of Arrow.

You might consider this a shotgun wedding if a shotgun wasn't too crude of a weapon for Ra's al Ghul. Maybe it's a sabre wedding? A rapier wedding? Close enough.

Whatever weapon is being used to force the matter along, executive producer Marc Guggenheim promises that it's the real deal, and that Oliver and Nyssa will see the thing through.

"It's both a wedding and a marriage," Guggenheim tells EW. "The ceremony actually finishes. It does reach a conclusion."

Check out the images in the gallery below. Arrow airs Wednesdays at 8 p.m. ET on The CW.

League of Legends Is Bringing Back a Much-Hated Feature

Ghostbusters: Afterlife Actor Excited to Be Returning for Sequel