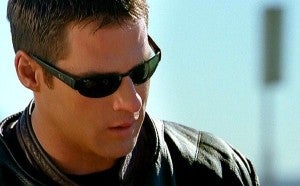 Ben Browder, of Stargate and Farscape fame, is headed for Starling City with a new role on Arrow's eleventh episode, titled "Trust But Verify." According to Green Arrow TV, Browder will play Ted Gaynor, "Diggle's commanding officer from his first tour in Afghanistan, who now works as a bodyguard for Blackhawk Squad Protection Group in Starling City. As a series of armored truck robberies strike the city, Gaynor proves to be a polarizing figure between Oliver (Stephen Amell) and Diggle (David Ramsey)." Sounds a bit like the Blackhawks will be protecting someone that Arrow's got in his sights, and the choice between his father figure and his son figure puts Diggle in a bad spot. What will be interesting is to see how the Blackhawks are dealt with, and whether we get to see any of the New 52 reinventions of the characters or whether it'll be strictly old school.

Massive Transformers Autobot Ark Is On Sale for Cyber Monday