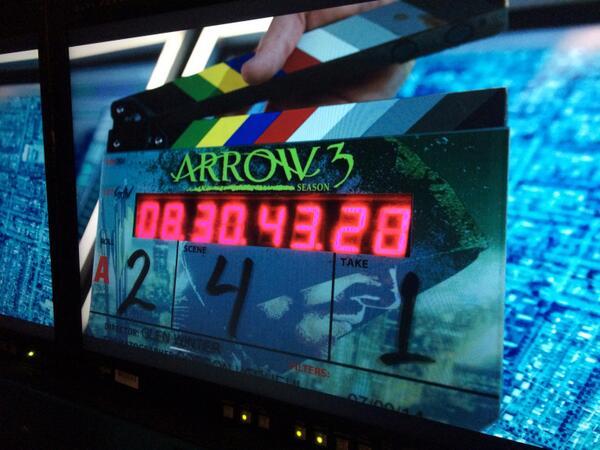 While it's already been announced that the first episode of Arrow's upcoming third season will feature a showdown with an all-new Count Vertigo, TVLine claims they've got the inside scoop on Episode 2's antagonist, too.

'Season 3's second episode will find Oliver hunting down a vicious killer and mercenary who is wanted for murder in seven countries and now is targeting victims who are associated with a specific company," wrote the site.

Whether that company is Queen Consolidated isn't spelled out, but it seems likely since we know at least one major subplot this season -- the introduction of Ray Palmer, The Atom -- will revolve around Queen Consolidated, which Palmer now runs.

Kord Industries and S.T.A.R. Labs could be other likely candidates, since both have popped up in previous Arrow episodes and S.T.A.R., in particular, isn't exactly the most popular company following the particle accelerator explosion that gave The Flash his powers.

As for the identity of the villain? That's equally hard to guess, although the lack of pronouns and the recent (as of the Season Two finale) promotion of Roy Harper to official member of Team Arrow (with a mask and everything) may suggest that Cheshire is a good candidate.