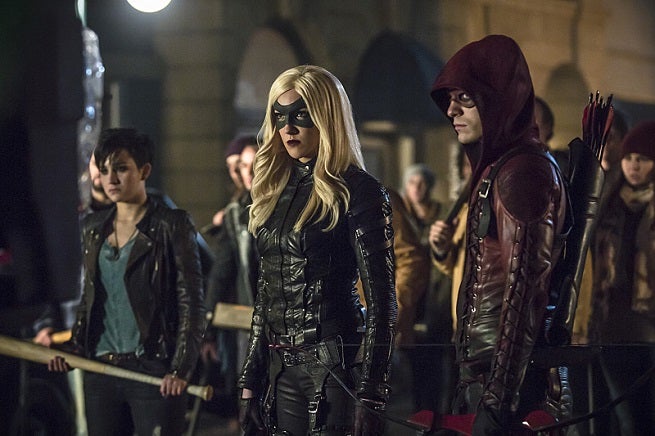 Could Brick be responsible for the death of Malcolm Merlyn's wife?

That's a question fans are asking after the character appears in photos, joining Team Arrow in the battle against Brick at the same time the flashbacks call back to when his wife was still alive.

A number of new photos for next week's episode, titled "Uprising," can be seen below. The episode airs Wednesday at 8 p.m. ET/PT.

MALCOLM MAKES AN OFFER TO HELP TEAM ARROW -- Still operating without Oliver (Stephen Amell) and desperate to stop Brick (guest star Vinnie Jones), Team Arrow is forced to consider Malcolm's (John Barrowman) offer to help shut Brick down as Malcolm has a personal score to settle with the felon. Roy (Colton Haynes) and Laurel (Katie Cassidy) point out that the team could use some help to save the innocents of The Glades, but Felicity (Emily Bett Rickards) is adamantly against it. They look to Diggle to make the final decision. Meanwhile, the flashbacks chronicle Malcolm's descent from kind-hearted father and husband to cold-blooded killer after the murder of his wife. Jesse Warn directed the episode written by Beth Schwartz & Brian Ford Sullivan (#312). Original airdate 2/4/2015.