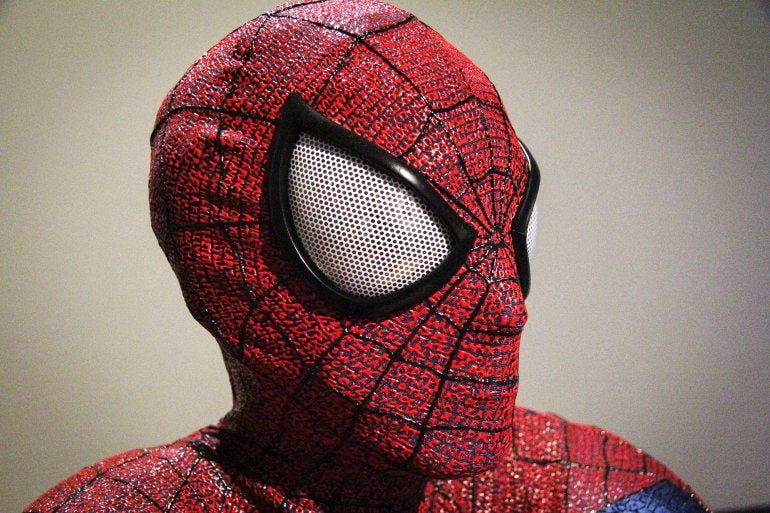 Who hides behind the mask of Spider-Man? It's most likely Peter Parker. But, it could also be the mail man, a neighbor, or really, anyone who believes in the hero's mantra of power and responsibility.

This mentality, that anyone can be Spider-Man, fuels artist Hetain Patel's one-of-a-kind sculpture of the wall crawler. Titled "Love Letter To Spider-Man," Patel's sculpture is a life-sized fiberglass cast of himself dressed in Spider-Man's red-and-blue duds. But what makes Patel's suit truly unique is the detailed handwriting etched  across every spare inch of the suit.

Using fabric paint, Patel wrote several personal thank-you's to the Web-Slinger. Patel thanked Spider-Man for being skinny and wearing glasses, for being to shy to talk to girls, and for being bullied and beat up.

These signs of gratitude point more towards Peter Parker's high school days in the classic Stan Lee and Steve Ditko comics, where Peter Parker is a social outcast before gaining his Spider-Powers. As Patel explained in his TED Talk on the project, "I just feel like he's more vulnerable than a lot of other superheroes like Batman or Superman. I think Marvel got it so right with Peter Parker/Spider-Man. He is essentially modeled on all the nerdy kids like me that read the comics." 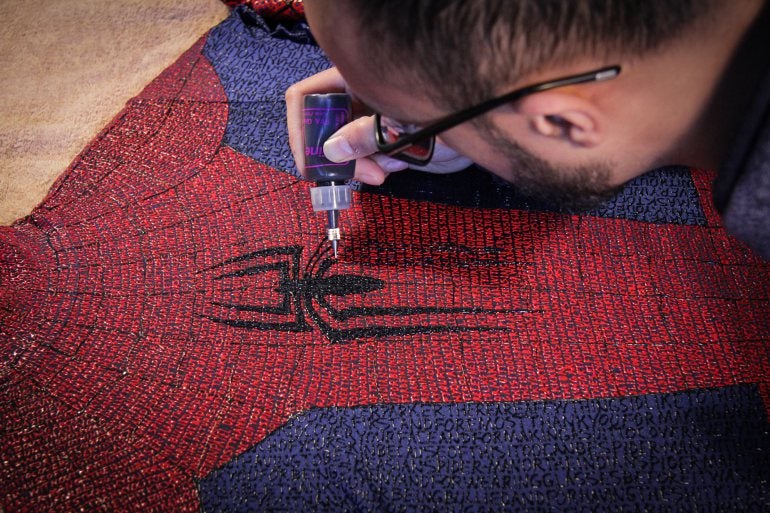 Patel's greatest appreciation, however, was for Spider-Man's ability to make anyone a hero. Since he's covered head-to-toe in costume, any race or gender could be the hero.

You can check out Patel's entire artistic process in the video below.

Patell's sculpture is on display at  the Chatterjee & Lal gallery in India until the end of February. Afterward, he will remove the suit from his body mold and wear it again for another project, a performance called "American Boy."

Patel's sculpture is definitely an interesting statement on the Spider-Man that honors both Stan Lee's original vision for the character and his enduring legacy.