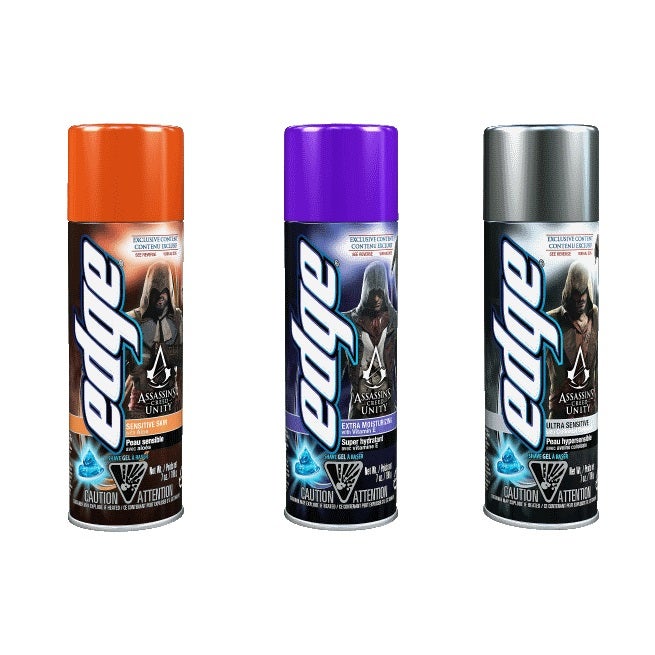 “Edge does more than just give guys an advantage in front of the mirror; we’re dedicated to getting guys prepped for whatever they are going to tackle,” said Anthony Pietrini, brand manager of Edge, “Being competitive gamers ourselves, we know how important prep is to get a leg up on your competitors. Offering this unique content to gamers with the purchase of Edge Shave Gel is just another way for us to make sure our fans are ready for the competition.”

“We know our fans are dedicated to the game,” said Tony Key, senior vice president, sales and marketing Ubisoft. “However, that doesn’t mean their grooming routine should suffer. Partnering with Edge to offer our consumers a promotion like this allows our gamers to get a leg up on fellow gamers, in

Ubisoft and Edge will also be running a special promotion at Target stores. Customers who purchase a copy of Assassin’s Creed Unity and and of the Assasin’s Creed Unity branded shave gels from Target, at the same time, from November 16-26, will receive a complimentary $10 target gift card.

Assassin’s Creed Unity takes the series to revolutionary France, and is now available for PC, Xbox One, and PlayStation 4.