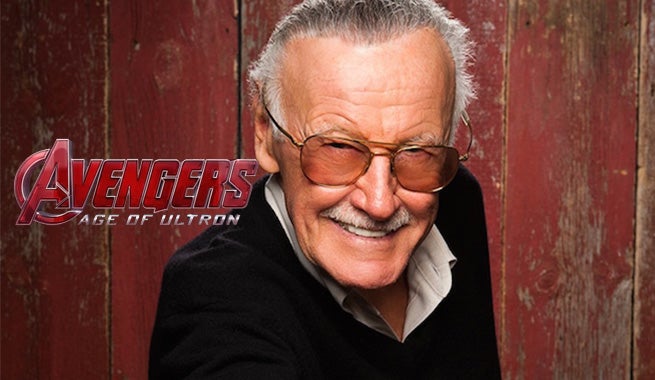 What would a Marvel movie be without a cameo from Stan Lee? Well... I guess it would be The Wolverine. In any case, Stan Lee has mastered his cameo roles and seems to pop up at just the right time to provide comic relief for fans.

Such was the case in Avengers: Age of Ultron during a party at Avengers tower. The Avengers decided to kick back, drink, and celebrate the good times now that they had recovered Loki's scepter and would no longer have so much pressure to fight the good fight every day.

Thor and Steve Rogers added to the fun when Thor decided to add 1000 year aged Asgardian liquor to their drinks, which Thor claimed was too much for any mortal to handle. World War II veterans in attendance didn't want to hear about Thor's concoction - they wanted to try it. Stan Lee posed as one of the vocal veterans, telling Thor that he could handle the drink. He fought in World War II, after all!

Cut to the next shot, Stan was wrong! A number of the World War II vets are passed out on the couch and Mr. Lee is carried out of the party, bidding farewell with an enthusiastic, "Excelsior!"