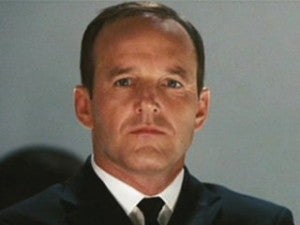 If it were up to Clark Gregg, his Marvel acting days would considerably expand after next years 'Avengers' film. According to MTV News, Gregg, who plays Agent Coulson, the S.H.I.E.L.D. operative in both 'Iron Man' films and 'Thor,' thinks there ought to be a television series about the Strategic Homeland Intervention, Enforcement and Logistics Division. "In a lot of ways, S.H.I.E.L.D. and Agent Coulson really lend themselves to a TV show because it's normal people. It's real people dealing with extraordinary things." We completely concur. Even if we didn't absolutely love the job that Gregg has done with Agent Coulson, the thought of a S.H.I.E.L.D. TV show is a great idea. Talk about something that would capture the true fanboy but expand into the average viewer. Something well past 'Heroes'.