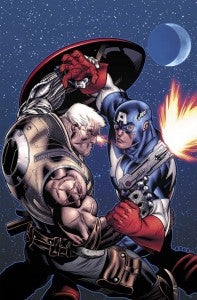 Here is Marvel’s description of the upcoming series, “The safety of the future is at stake and it’s all up to Cable in order to save it – even if that means taking on the heaviest hitters in the Marvel Universe. With only 24 hours to destroy the Avengers, can he take on all of Earth’s Mightiest alone?”