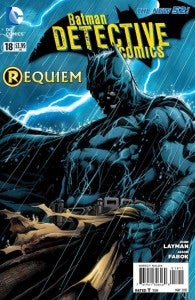 DC Comics has released a five-page preview for Detective Comics #18, due out next week. In the issue, Bruce Wayne copes with the loss of his son, harkening back to the events of Death of the Family for a touchstone and looking forward to his next big fight: with escaped serial killer Victor Zsasz. Meanwhile, The Penguin and Emperor Penguin square off for the future of their disputed criminal empire. John Layman, Jason Fabok and Andy Clarke bring the sad over at Newsarama. Check it out below. 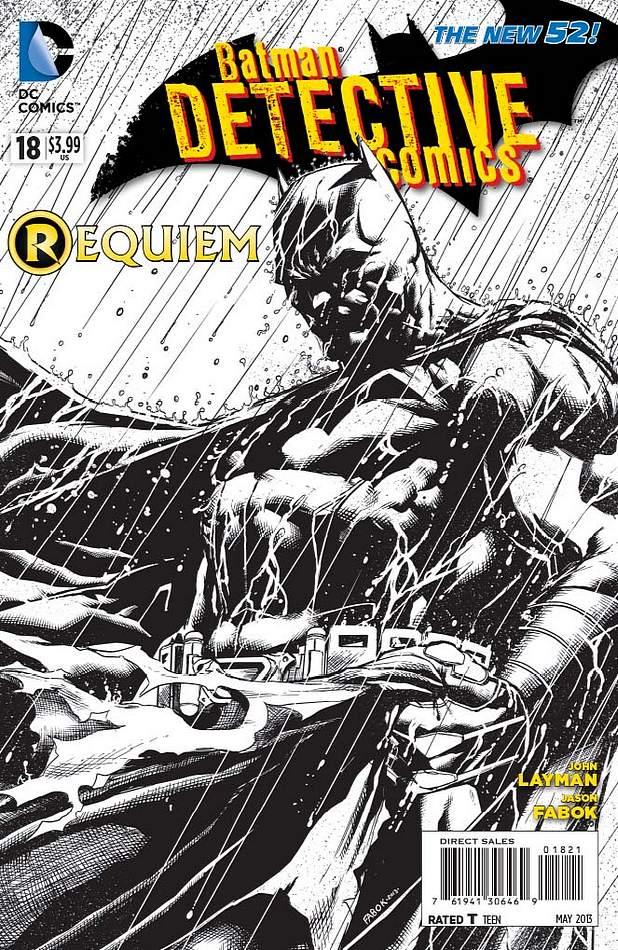 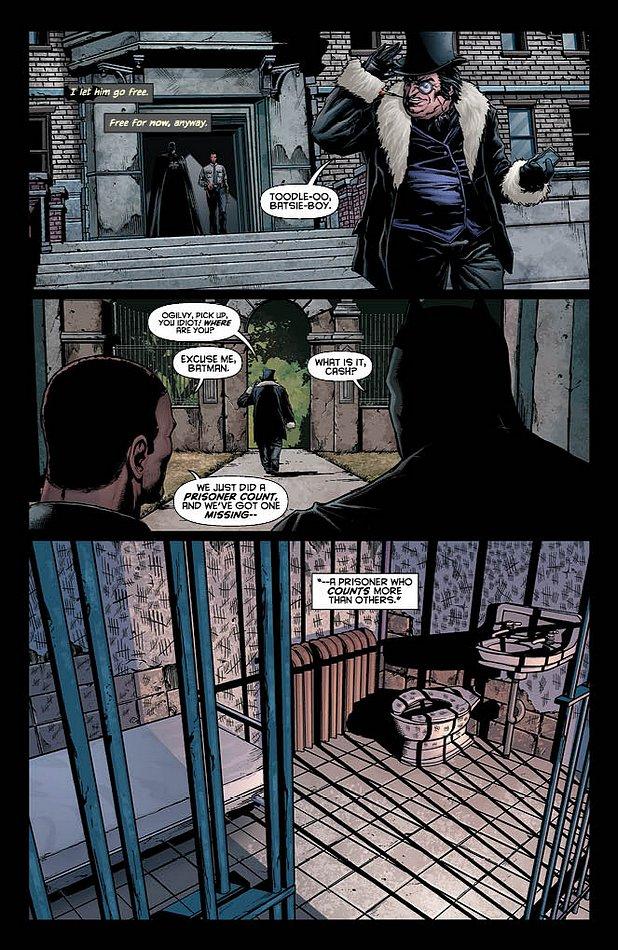 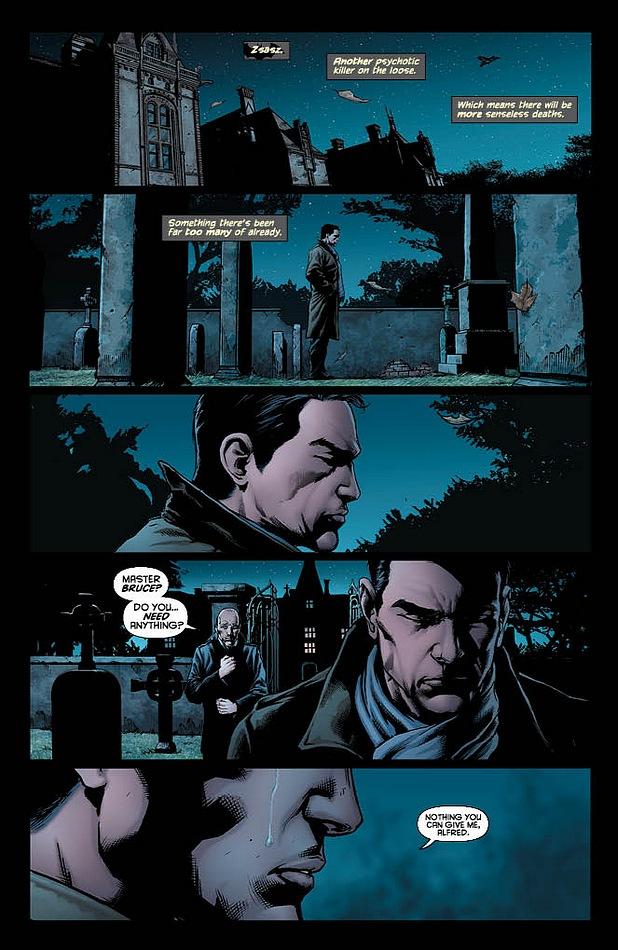 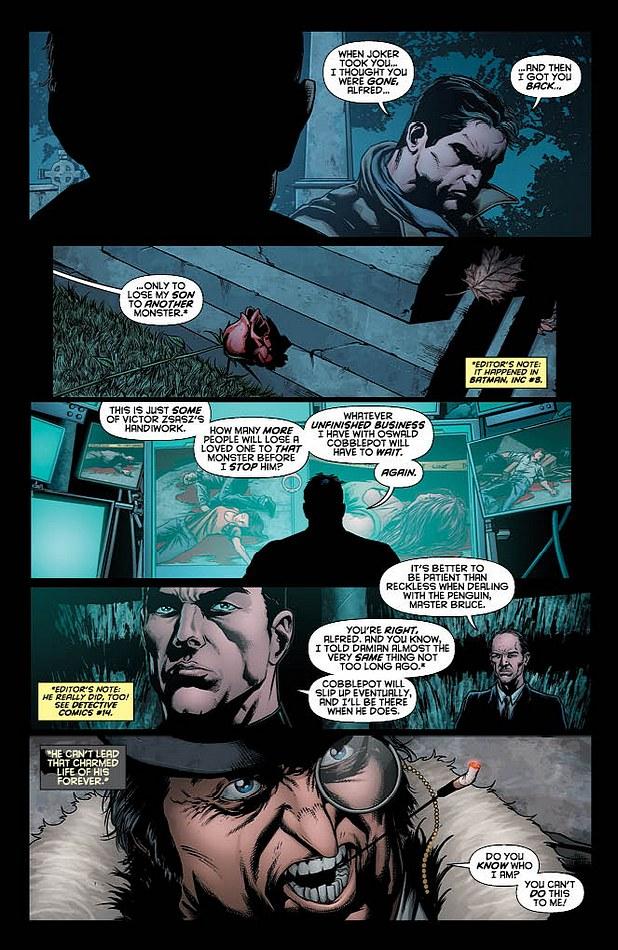 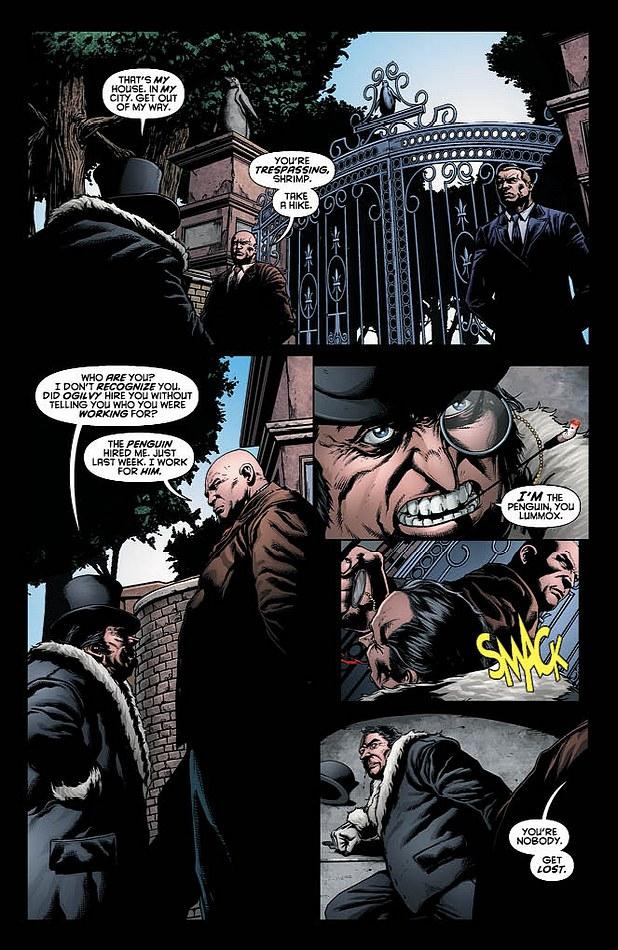 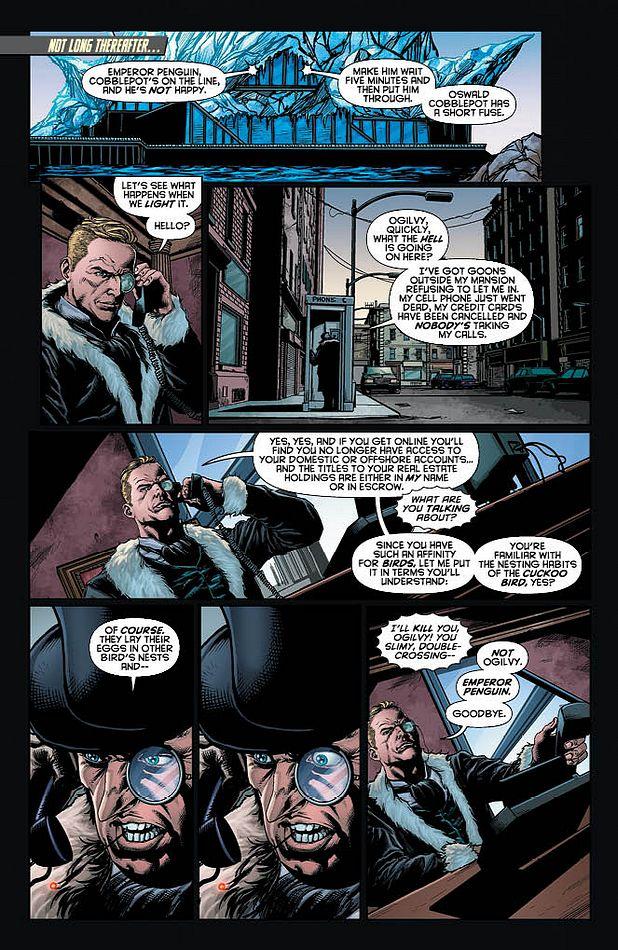