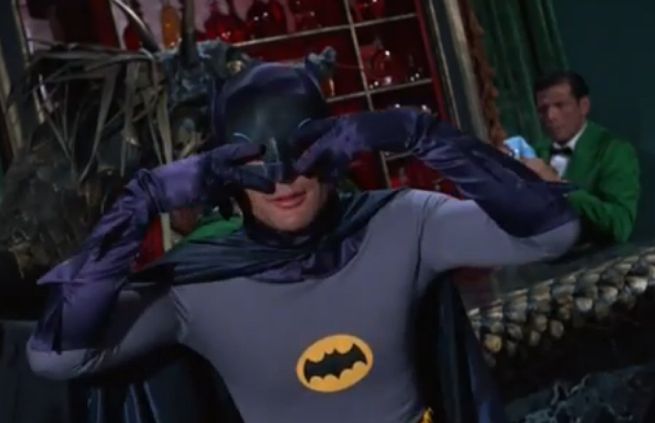 To celebrate the release of the original Batman TV series on Blu-Ray, Adam West paid a visit to the Home & Family show on Wednesday. During his visit, West recounted the story of the creation of the Batusi dance.

West said that when Jill St. John appeared on the show that they went to a discotheque together, and she slipped him a funny king of orange juice. West said he lost all abandon after the drink and invented the Batusi dance with her. After the show, West went out to dinner with Jill, thinking she might go dancing with him, but Jill told West that she had enough of his Batusi.

West also relayed that he got to take Natalie Wood to dinner, but she wound up talking about Raymond Burr all night. Home & Family host Cristina Ferrare revealed some footage of her very own appearance on the Batman TV series, which can be seen in the clip below.

Tune-in for Home & Family on weekdays at 10 AM on the Hallmark Channel. Fans of Adam West should also check out upcoming Wizard World events for opportunities to meet the actor.