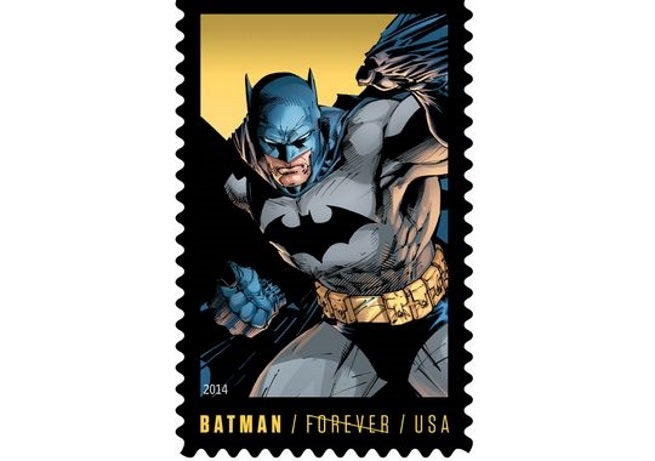 USA Today is reporting that the U.S. Postal Service will introduce a special series of Batman postage stamps at New York Comic-Con, in celebration of Batman's 75th anniversary.

"Batman is the most popular Superhero of all time, and it is an honor to have the U.S. Postal Service feature the Caped Crusader on this new set of stamps in celebration of his 75th anniversary," DC Entertainment co-publisher and former Batman artist Jim Lee says. "Batman has inspired and influenced fans around the world for generations and will continue to do so for the next 75 years and beyond."

The "Forever" stamps will feature versions of Batman from across the history of comics, including the Golden Age, the Silver Age, the Bronze Age, and the Modern Age.

"He is the quintessential American superhero," says Susan McGowan, the Postal Service's director of stamp services and corporate licensing. "What a great place to celebrate him — on a stamp. We are always looking for ideas and subjects that are important to America. We all quickly thought, 'Wow! This will be thrilling.'"

The Batman stamps will make their debut at the New York Comic-Con kickoff on October 9.