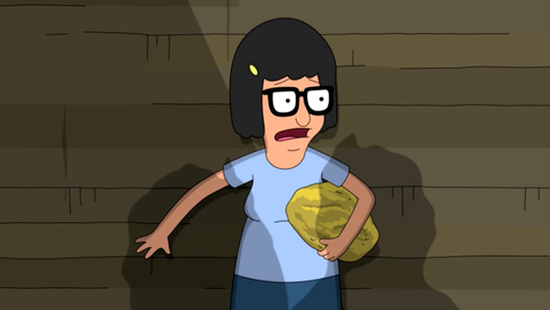 A new episode of Bob's Burgers, "Ambergris," airs tonight on Fox. In "Ambergris," Gene, Louise, and Tina discover a seaweed-covered object at the beach that turns out to be a large hunk of Ambergris - an extremely valuable, but illegal, by-product of whale poop that is used in high-end perfumes. But Louise tries to cheat Gene and Tina out of the profit she hopes to make by selling the treasure on the black market. Meanwhile, Bob and Linda deal with their psychologically unstable landlord who is building them a new bathroom. The voice cast includes Jon Benjamin as Bob; Dan Mintz as Tina; Eugene Mirman as Gene; Larry Murphy as Uncle Teddy; John Roberts as Linda; and Kristen Schaal as Louise. Zach Galifianakis guest stars as Felix Fischoeder. Bob's Burgers, "Ambergris," airs Sunday, April 20 at 7:00 p.m. ET on Fox.