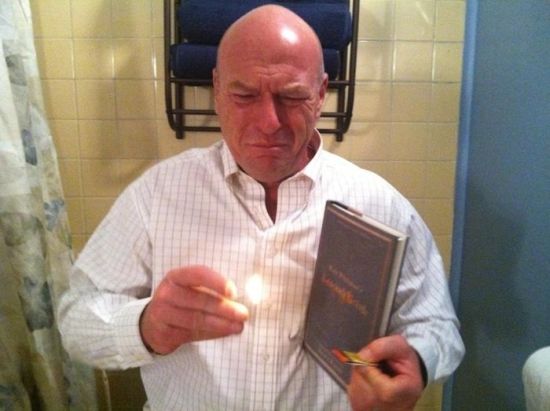 Amid rumors that Aaron Paul and Bryan Cranston are both interested in reprising their roles as Jesse Pinkman and Walter White in Better Call Saul, AMC's upcoming prequel to Breaking Bad, there's one Breaking Bad veteran Rolling Stone reports won't be involved in the upcoming spinoff. Dean Norris, who played DEA Agent and Walter White's brother-in-law Hank Schrader on the show, currently stars on CBS's Under the Dome and told the magazine earlier this week, "I don't think they'll let me do a little cable show." "I think that experience was that experience. I'm not a big fan of kind of revisiting something that has already been done," Norris continued, before adding, "But I think it's going to be awesome. So I can't wait to see it." Better Call Saul, which will premiere on AMC in November, will bring back Bob Odenkirk and Jonathan Banks from Breaking Bad. No other casting has been announced yet.