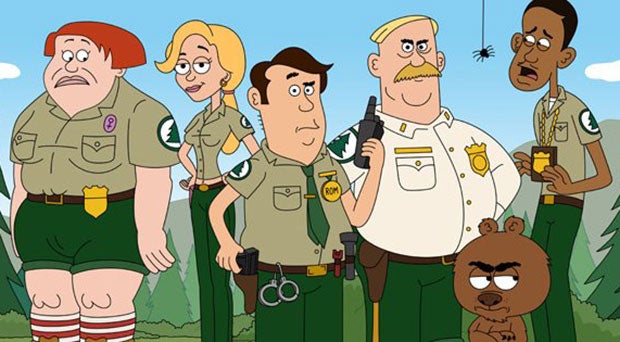 The Daniel Tosh-produced animated comedy Brickleberry will not be renewed for a fourth season, Comedy Central announced today. The just-ended third season will be its last.

The series, which has been a big hit with men under 24, nevertheless took a 25% hit in ratings in its third season, which ended in November.

Deadline, who broke the news, described Brickleberry as follows: