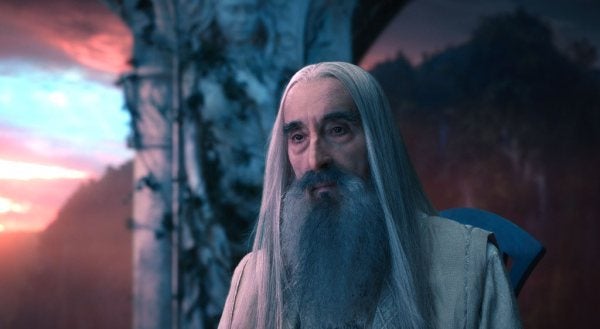 Nothing says "Merry Christmas" like a heavy metal song sung by an nanogenarian Lord of the Rings villain.

Man, he really gets some mileage out of that rich, deep voice of his.

This is, as you can see from the trailer above, the third consecutive year that Lee has released a heavy metal Christmas single (starting, then, when he was 90 years old).

The single is a playful take on the Christmas classic “Hark! The Herald Angels Sing” and includes three different mixes of the song.

“It’s light-hearted, joyful and fun. It’s a band singing on how metal should be played, the effect it has on the band and its listeners,” MetalNewz quoted the actor as saying.

You can get the single on iTunes.