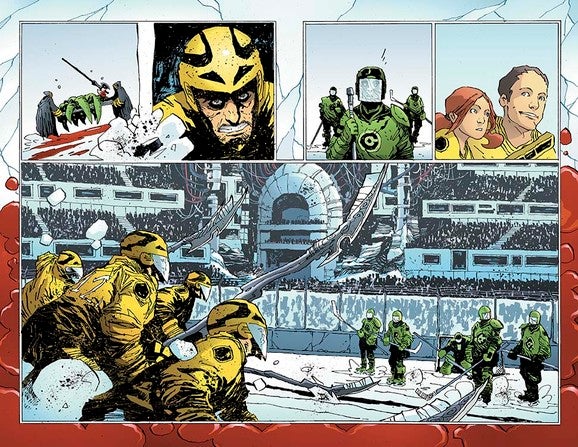 A number of other writers, including former Wonder Woman scribe Brian Azzarrello and Batman Year 100's Paul Pope and more.

Punk, best known as one of the most bankable professional wrestlers of the last decade, recently announced he would co-write the Thor Annual for Marvel Comics. A vocal comic book fan, he's also written the forward for the collected edition of Marvel's Avengers vs. X-Men and an afterward for the recently-cancelled Superior Foes of Spider-Man.

He also recently joined UFC and has a standing challenge for Jason David Frank of Mighty Morphin Power Rangers.

You can check out the solicitation text below and preview art above.