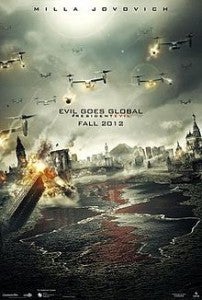 Comic-Con is a continually growing entertainment venue, not just for comic books, but for every other facet of pop culture was well, so it should come as no surprise that one of the main attractions for many fans is the annual Trailer Park, taking place in the hallowed ground referred to as Hall H.  The event showcases trailers for upcoming film projects, and this year’s Trailer Park did not disappoint.

Thousands waited in line for the chance to see trailers from some of the hottest and most anticipated films on the way either this or next year.  Leading things off was a very intense trailer for Dredd 3D, a film already familiar to those of us here at comicbook.com, based on our own Russ Burlingame's coverage of the film last night.  It's an amazing trailer, as you can see here, and the 3D adds to the effect!  It's heavy on the action and violence, and it will not disappoint if that is what you're looking for.  Next up, and at the other vast end of the spectrum, was the trailer for Finding Nemo 3D, which is exactly what it sounds like.  The third trailer was a bit of a teaser, with the yellow minions from Despicable Me doing their best karaoke number in their own fashion.  That small teaser tell us little but the film will be released in July of 2013.

Hotel Transylvania was the next one up, and the premise, about a hotel for monsters, is very clever, but when a human finds the location, various animated hijinks ensue.  The film is set to be released on September 28, 2012, and features a broad and talented cast of voice actors.  Taking a dramatic turn from animation, the intense 3D trailer for Resident Evil: Retribution was next, and the action, sweeping shots, and close-ups of Milla Jovavich in full ass-kicking form were plentiful.  That film will also see a September 2012 release, coming to theaters on the 14th.  Rounding out the collection was Rise of the Guardians, another animated feature that showcases Santa Claus, Jack Frost, the Sandman and the Tooth Fairy as the protectors of children from the forces of fear.  The premise seemed interesting, and the trailer offered some excellent visuals and effects.