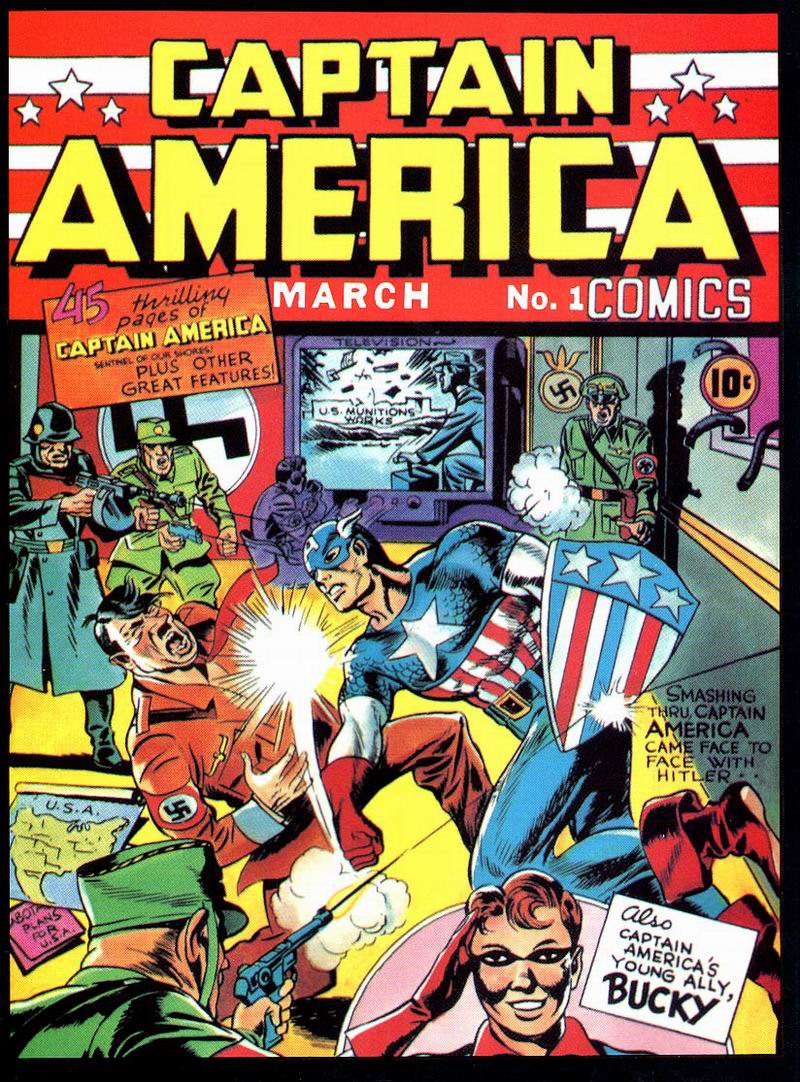 None can argue the cultural significance of Stan Lee’s and Allen Bellman’s work on "Captain America Comics" during World War II , but one comic book enthusiast is looking to honor the creators even further.

Allen Stewart, owner and operator of the Hall of Heroes Super Hero Museum in Elkhart, Indiana, is currently working with the United States Senate and military to award WWII civilian military honors to Lee, who scripted "Captain America Comics," and Bellman, who illustrated issues of the series.

As Stewart told his local news station, the campaign began with the Grand Rapids Comic Con, who enlisted Stewart to help them memorialize Lee and Bellman. The Con's organizers told Bellman that they needed a comics historian to compile a compelling argument for the U.S. Senate, and convince them that Lee and Bellman’s Captain America stories were instrumental in helping American soldiers persevere through the War.

Stewart said that he is on the fourth of a five-step approval process with the US Senate. Once he passes the fifth step,  Lee and Bellman would be honored with official awards. ““It has never been done before. There is only one other time the Senate has been involved in comic books and that was during the 50’s when the Comic Books Code came out, when there were comic book burnings and bans going on,” he explained.

It dawned on Stewart that Captain America’s patriotic imagery and motivations held real value to WWII soldiers during a Memorial Day Parade, he said. When he marched in the parade dressed as Captain America, he was shocked by the number of veterans who recognized the costume and walked into the street to shake hands and take photos with Captain America.

“It really hit home the significance that this is to that generation.”

Joe Simon and Jack Kirby, who officially created the character, have both passed away.  Lee, 91, and Bellman, 90, are a few of the surviving creators of "Captain America Comics."