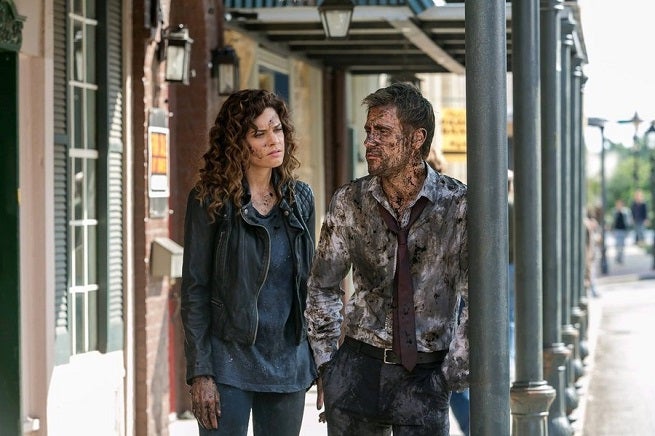 A new "To Hell and Back" digital-exclusive featurette has been released online, taking a look at last night's episode of Constantine, titled "The Darkness Beneath."

The first episode after the pilot, "The Darkness Beneath" centered on the introduction of Zed Martin while Constantine was investigating a demon incursion in a Pennsylvania mining town. The episode garnered a 0.9 adults 18-49 rating, down 36 percent from a 1.4 for last week’s premiere, in spite of the fact that it was no longer competing with the World Series. Overall TV viewing was depressed because of Halloween, though, so it will likely be at least a week before a clear picture emerges of how the network feels about the series.

You can check out the behind-the-scenes featurette below:

Constantine: The Darkness Beneath Behind The Scenes Video Released, Ratings Estimates Are In