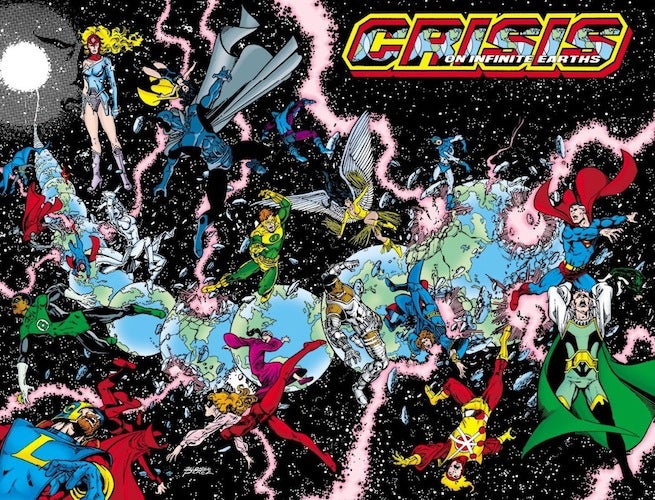 Crisis on Infinite Earths: No single storyline has ever been more important, influential, and celebrated as DC Comics' massive 12-issue epic. And 30 years later, Marv Wolfman and George Perez's Crisis on the Infinite Earths is still finding itself at the forefront of the industry, as many of this week's Convergence titles revisit that storied era in DC history.

Crisis is one of the true game-changers for comics, inspiring countless admirers and imitators. In honor of its 30th anniversary this month (April 2015), ComicBook.com is giving you five reasons to still celebrate the story three decades later. 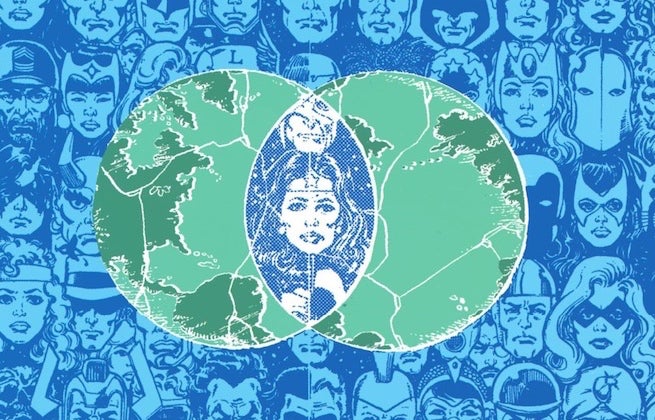 1. The Big Bang for Events

While Marvel's Secret Wars published its first issue in May 1984 – almost a full year before Crisis on the Infinite Earths #1 – many critics and readers consider DC's Crisis to be the first "true" industry event. There was just something about Crisis's scope and grandeur that made it feel bigger and more important than what Marvel put forward earlier with Secret Wars (that, and it had bigger concerns than selling action figures).

But let's not pick sides here – both Secret Wars and Crisis are both well-told, big budget stories that also have some pronounced flaws. In terms of industry influence, however, Crisis definitely created a stronger template for future events to follow. Secret Wars was basically one big battle with some elements of storytelling mixed in, and once it was over, the status quo of the Marvel Universe was relatively unchanged (with a few notable exceptions for The Thing and Spider-Man). Crisis uprooted everything. Important characters died, the Multiverse was essentially eliminated and a whole new wave of comic book stories were born from its ashes. In other words, Secret Wars was first, but Crisis was the series that actually changed how the comic book industry approached an event. 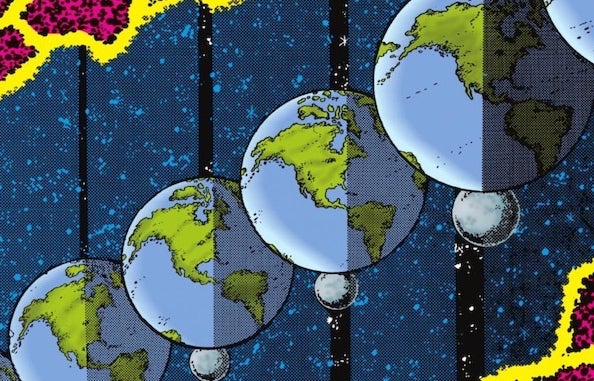 2. Its Purpose Was Admirable

In the introduction to the 2001 re-printing of Crisis, writer Marv Wolfman discussed the reason he wanted to write this epic story. In what was originally supposed to be a congenial celebration of DC's 50th anniversary, Wolfman saw an opportunity to address one of the bigger issues affecting the company's larger narrative – its incongruous continuity. With multiple iterations of major characters like Batman, Superman and Wonder Woman, who were interchangeably cast based on the whims of the individual creator, DC's cannon was inconsistent at best. As a result, DC had gross contradictions such as Batman being a youthful superhero in the 1980s despite an origin story that saw him fighting in World War II. Or Superman's introduction as Krypton's lone survivor before adventures with fellow Kryptonians like Supergirl and Superboy were later retconned into existence.

So, as cold and calloused as it might have seen, Wolfman thought by introducing a cosmic threat on the level of the Anti-Monitor – one that would wipe out entire universes without breaking a sweat – DC could streamline its clumsy continuity.  One Earth, one cast of characters. Seems easy enough.

Wolfman and Perez introduced a few new inconsistencies in an effort to trim back the Multiverse, but their aspirations were undeniably noble. This wasn't just a bunch of creators playing God with a fictitious universe. Wolfman wanted to develop a new universe that would simplify the reading experience – thereby attracting new people to DC while also reinvigorating classic characters for the stalwarts.  It also allowed the company to incorporate some of the characters it had acquired from Charlton, Fawcett and Quality Comics, such as Shazam and Blue Beetle, into the main DC Universe. 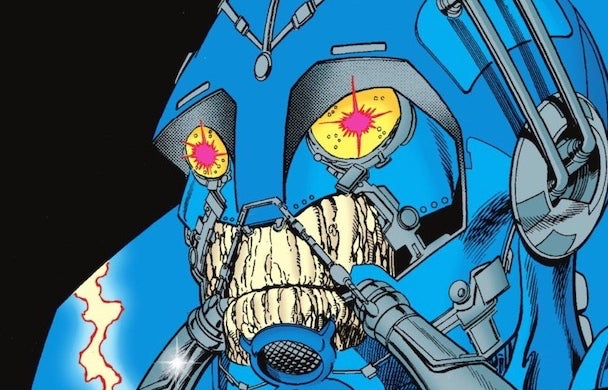 For an antagonist who only made one series appearance in more than 20 years, the Anti-Monitor had a profound impact on DC and the comic book industry. Yes, the Anti-Monitor was effectively just the plot device to carry out Wolfman and Perez's desires, but how many comic book villains can say they successfully destroyed an entire Multiverse?

For the uninitiated, the Anti-Monitor is an ultra-powerful cosmic being – arguably the most powerful comic book villain ever – that fuels itself by absorbing positive-matter energy from various universes. Throughout Crisis, he is able to fend off the attacks of multiple DC superheroes, including heavyweights like Superman, without blinking. If you account for the universes that were destroyed in Crisis, he is responsible for more deaths than any other villain in comic book history. 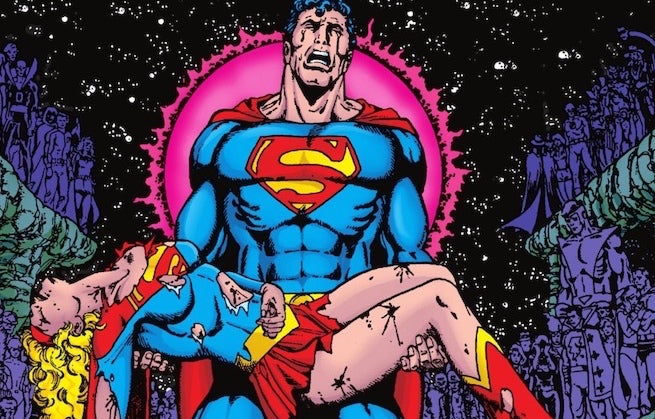 As Crisis rocked the DC Universe, no character was safe--not even the publisher's biggest icons. Crisis is best known for the demise of two very specific heroes, which have only added to the comic's legacy and iconic status.

The first major sacrifice was the original Supergirl, Kara Zor-El, who died in Crisis #7 while defending her cousin, Superman. The moment is immortalized by Perez's stunning cover that depicts a weeping Superman holding Kara a la Michelangelo's Pieta (a cover, that was essentially an homage to X-Men #136). Kara was killed largely because DC wanted its post-Crisis Superman to be the lone survivor of Krypton again. As a result, Kara's death was never referenced by the DC Universe after the Crisis concluded. It was like she never existed.

The other death was the Silver Age Flash, Barry Allen. And as famous as Perez's Supergirl cover became, Barry's death may be even more iconic from an industry perspective. While held captive by the Anti-Monitor, Barry discovers he can drain the villain's anti-matter canon by running around it. But he also realizes in order to reach an effective speed, he will kill himself. Accepting his fate, Barry circles the device until he disintegrates into nothing. Adding to the moment's drama and impact is the fact that DC held off on resurrecting Barry for more than 20 years, letting his nephew, Wally West, operate as the Flash in his place. 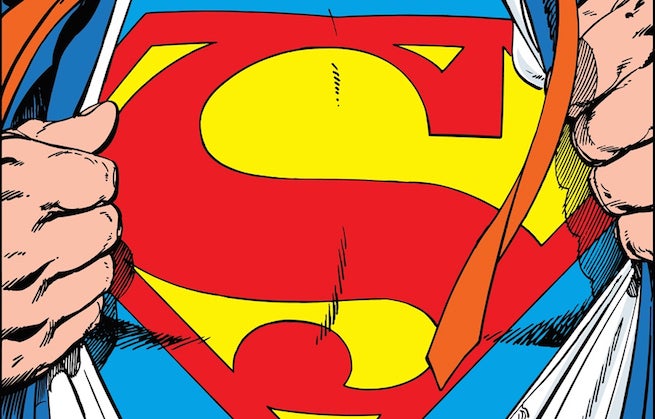 In the wake of Crisis, DC was completely revitalized, bringing in big name talent such as Perez, John Byrne and Frank Miller to reboot many of its core series like Superman, Wonder Woman and the Flash, or write new origin stories like "Batman: Year One."  Byrne's Superman was a highlight, leading to one of the character's creative apexes. Perez breathed new life into Wonder Woman. Some might say the Wally West era of the Flash was even better than the modern Barry-era. And Miller's "Batman: Year One" stands tall as the greatest Caped Crusader story for many fans. All of these storylines came to be because of Crisis and the new status quo it enabled.

Of course, DC would eventually undo many of Crisis' events with series like Infinite Crisis and 52, which reintroduced the Multiverse. In fact, DC appears to be embracing a less streamlined approach to its continuity, especially with a Multiverse-spanning event like Convergence. But no matter. Not only did DC's Post-Crisis matter, it was also quite good up and down the line.