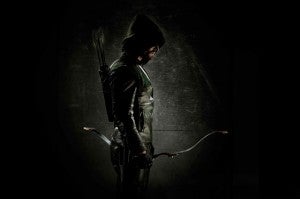 The CW Network has officially released the first footage from its Green Arrow adaptation Arrow starring Stephen Amell as Oliver Queen, the billionaire playboy who turns superhero after finding himself stranded on a desert island and forced to become a master archer to survive. The clip, which seems to show Oliver breaking into his family's company in order to set up his own personal Batcave, shows a lot of promise so far. Hopefully the series will deliver, as it would be a shame to lose Justin Hartley's terrific depiction of the character in Smallville only to gain something less.