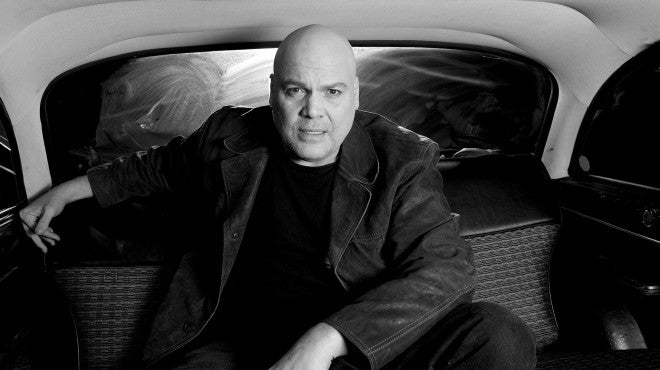 To commemorate the event, he's taking questions from his fans.

D'Onofrio will star in the highly anticipated Netflix series, Daredevil.

Based on the popular Marvel comic book series, Daredevil is the saga of attorney Matt Murdock, who in a tragic accident was blinded as a boy but imbued with extraordinary senses. Murdock sets up practice in his old neighborhood of Hell's Kitchen, New York where he now fights against injustice as a respected lawyer by day and masked vigilante at night.

D'Onofrio is set to play the villainous Wilson Fisk aka the Kingpin: A powerful and ruthless businessman who has designs set on Hell's Kitchen. Designs that will put him in direct conflict with the Man Without Fear.

All episodes of Daredevil are set to premiere in May, 2015.