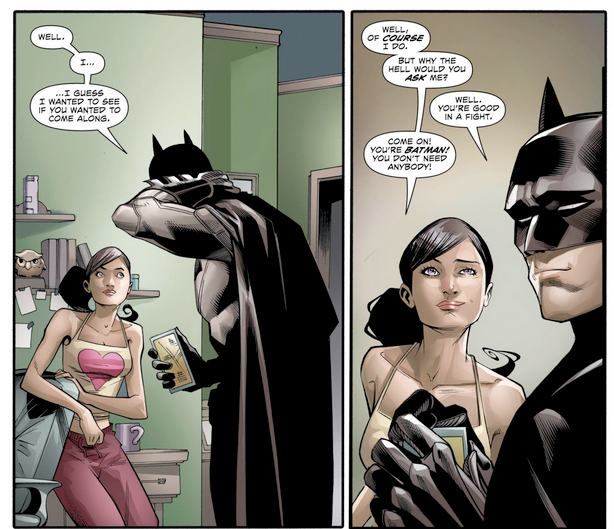 With Superman busy dating Wonder Woman, where does that leave his former love interest, Lois Lane?

It's a question that Batman is eager to answer in this week's "Batman/Superman #15." In a preview of the upcoming issue, the Dark Knight makes his move on the Daily Planet reporter with about as much suaveness as a high school freshman. A little bit of awkwardness ensues.

But don't freak out too much over this romantic mash-up. Judging from the preview, it looks like Batman and Superman have lost their memories thanks to a reality-bending villain.

This is the New 52 however, which has thrown out a majority of the DC Universe's playbook. So who's to say this relationship won't endure after The World's Finest's memories are restored?