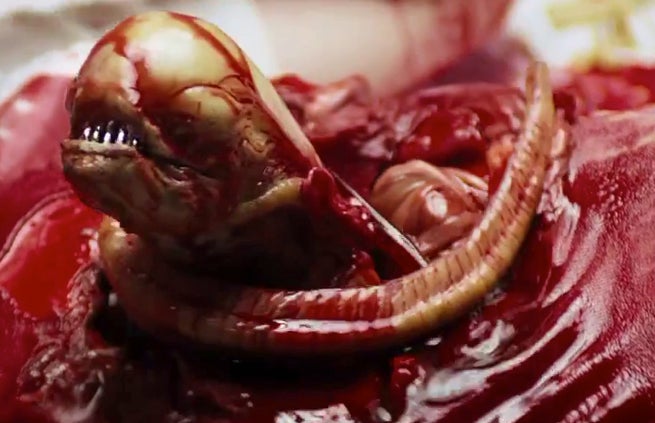 The xenomorph bursting out of John Hurt's chest in Alien may be one of science fiction's most iconic moments,  burning an image in viewers' minds that endures against today's visual effects standards. But, how did Ridley Scott and his crew pull of such a cinematic feat in the 1970s?

Viewers can now discover that scene's secrets, thanks to a behind-the-scenes feature created by fans over at Cinefix. The video explores the complicated steps that Alien's production team took to bring the infamous scene to life, ranging from the concept artists' initial inspirations to the post-production process. By editing together old behind-the-scenes clips, stock footage, and old interview, Cinefix tells an engaging story on how the chesbursting alien came to be. Chief among the video's many interesting anecdotes is the reveal that the chestburster was inspired by a 1944 painting by Francis Bacon.

Check out the full video below for plenty more fascinating reveals.

And we completely agree that someone on set deserved a "chest stuffer" credit.

Diving Into The Alien Chestburster Scene