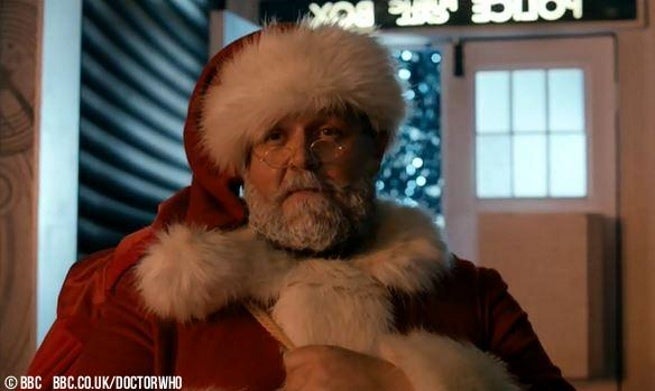 The BBC has begun releasing extra content, related to the upcoming Doctor Who Christmas Special, in the form of a Doctor Who Adventure Calendar, a playful twist on the traditional Advent Calendar.

The first video features guest star Nick Frost, who will play Santa Claus in the special, titled “Last Christmas.” Frost describes how he spent months with the real Santa Claus, and even invited him onto the set during filming, in order to prepare for the role.

The 2014 Doctor Who Christmas Special, “Last Christmas,” will air Christmas Day on the BBC and BBC America.