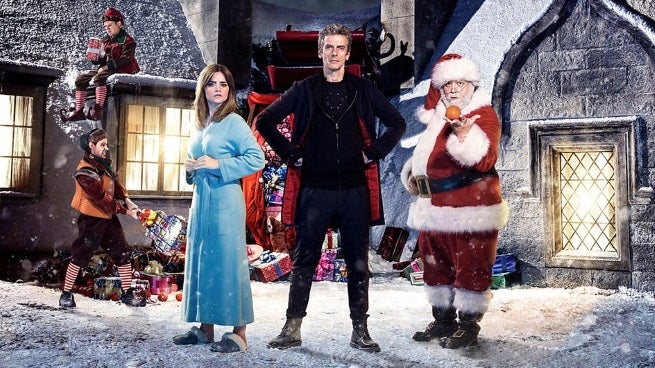 The 2014 Doctor Who Christmas Special, "Last Christmas," was seen by 6.34 million viewers in the UK according to overnight ratings provided by ratings agency Attentional (via The Hollywood Reporter), accounting for a 27.5 percent share of all Christmas Day UK viewers.

While the special's ratings were down from last year, "Last Christmas" did manage to beat the Downton Abbey Christmas Special, which aired in the same timeslot, for the second year running.

Following the airing of "Last Christmas," Jenna Louise Coleman officially announced that she would be returning for Clara's final series as the Twelfth Doctor's (Peter Capaldi) companion in 2015's Doctor Who Series 9, beginning with the premiere episode "The Magician's Apprentice."

Doctor Who Christmas Special Ratings Down From Last Year