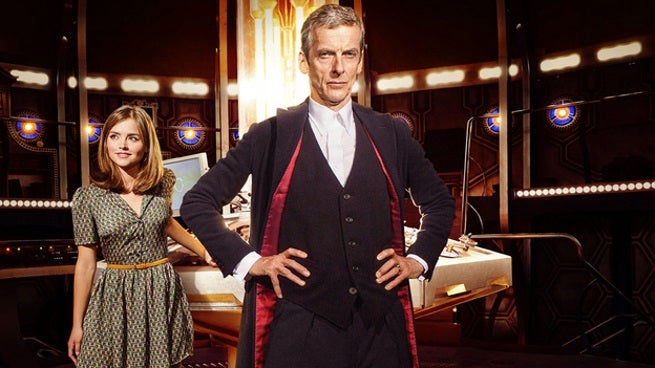 Doctor Who Series 8 averaged 7.4 million viewers in the United Kingdom, according to the BBC. Series 8 saw Peter Capaldi debut as the Twelfth Doctor. His debut episode, the series premiere “Deep Breath,” had an average viewing of 9.2 million viewers, the highest ratings for a non-special episode since Matt Smith’s debut in the Series 5 premiere, “The Eleventh Hour.

"We never take it for granted, but the miracle has happened again - the nation has taken a brand new Doctor to its heart,” says Lead Writer and Executive Producer Stephen Moffat.

"It's been an outstanding debut series for Peter Capaldi as Doctor Who and I'm very grateful to Peter, Steven Moffat and everyone involved,” says Danny Cohen, director of BBC Television.

In the United States, “Deep Breath” was the highest rated series premiere ever on BBC America.

Peter Capaldi will return as The Doctor in the Doctor Who Christmas Special, airing Christmas Day, December 25, on the BBC and BBC America.

Doctor Who Series 8 Averaged 7.4 Million Viewers In The UK