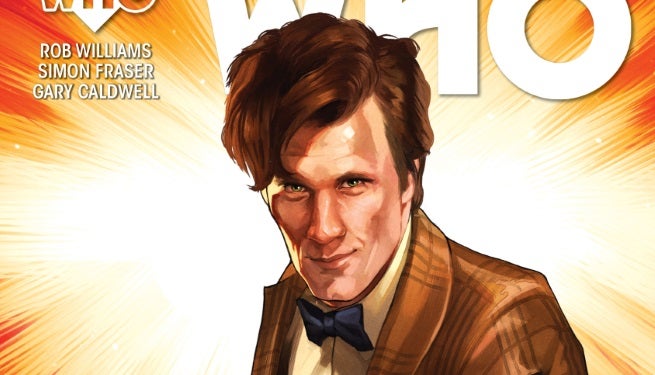 Titan Comics has released a sneak preview of Doctor Who: The Eleventh Doctor #3, continuing the adventures of The Doctor as previously portrayed by Matt Smith.

The issue is written by Rob Williams with art by Simon Fraser, and sees The Doctor tracking a devil through the bayou of Mississippi.

Doctor Who: The Eleventh Doctor #3 goes on sale October 1.

A DEVIL HAUNTS THE MIDNIGHT CROSSROADS… AND MUSICIANS ARE ITS PREY!

There’s a devil out on the bayou, or so they say… Something stalking bluesmen through the swamps of Mississippi, offering them talent beyond imagining, worlds at their feet - in exchange for their souls!

When Alice asks the Doctor if they can visit one of her mother’s musical heroes, she’s initially disappointed. Is Jones, a forgettable singer whose talent seems to be that of disappearing in a crowded room, really the colossal talent who brought passion, creativity and meaning to her mother’s life?

And what does he have to do with the nightmarish deals taking place in the dead of night…?

Writer Rob Williams (Ordinary) and artist Simon Fraser (Grindhouse, Nikolai Dante) multiply the chills, in this haunting adventure into the soul of music!

New Pokemon Snap: Every Pokemon Confirmed for the Game So Far

My Hero Academia Cosplay Gets Furry With Ragdoll